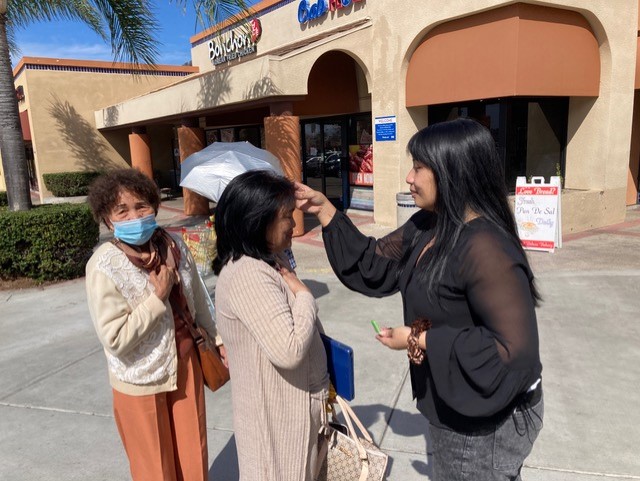 Several years ago, author, activist, and Episcopal priest Sara Miles wrote, “It’s rare in our culture to admit, in public, that you’re not in control–that you, basically, are not God. And given the din of advertising and political polemic and hype and doublespeak surrounding us, it’s rare to escape the fantasy that money or science, fame or violence or shiny objects will somehow save us from death.” Amidst the morbid confessions of Ash Wednesday, there is a comfort found in admitting we are not in control. And as pandemic restrictions diminish, many are returning to a relatively new tradition of sharing this message with neighbors.

On Ash Wednesday, Episcopalians across the four counties that make up the Diocese of San Diego left their church buildings, entered their surrounding communities, and offered the imposition of ashes. This act has come to be known as “ashes to go.” The practice has its detractors. The name itself implies a correlation with the kind of drive-thru food we are all familiar with. It may be a cheap shortcut to spiritual sustenance, but I am convinced that the practice has its merits.

Possibly the greatest merit of Ashes to Go is its honesty. Not only in the words that are shared but in its transparency. How often do we see Episcopalians in parking lots vested in surplices or cassocks, administering an ancient ritual as they navigate concrete curbs and bustling passersby? In Palm Springs, the Rev. Dan Kline shared an experience as he and the Rev. Jessie Thompson walked by a restaurant in town. “One of the waiters asked for ashes as we walked by,” Dan wrote. Not long after this, the restaurant’s hostess came out asked the two priests to come into the restaurant. “The whole kitchen staff asked to receive ashes,” Dan continued, “they were working a double shift and were not able to make it to services.” Amidst the raucous and smells of a busy kitchen, several individuals were reminded that they are not God … but are in the care of the God who made them and loves them.

As we share this tradition, we often find a surrounding community more ready than we realized to receive the beauty of God’s good news and the rituals of our Church. Whatever the response of our neighbors, I cannot overstate how important it is for our members to learn what it feels like to be Christians “out loud.” 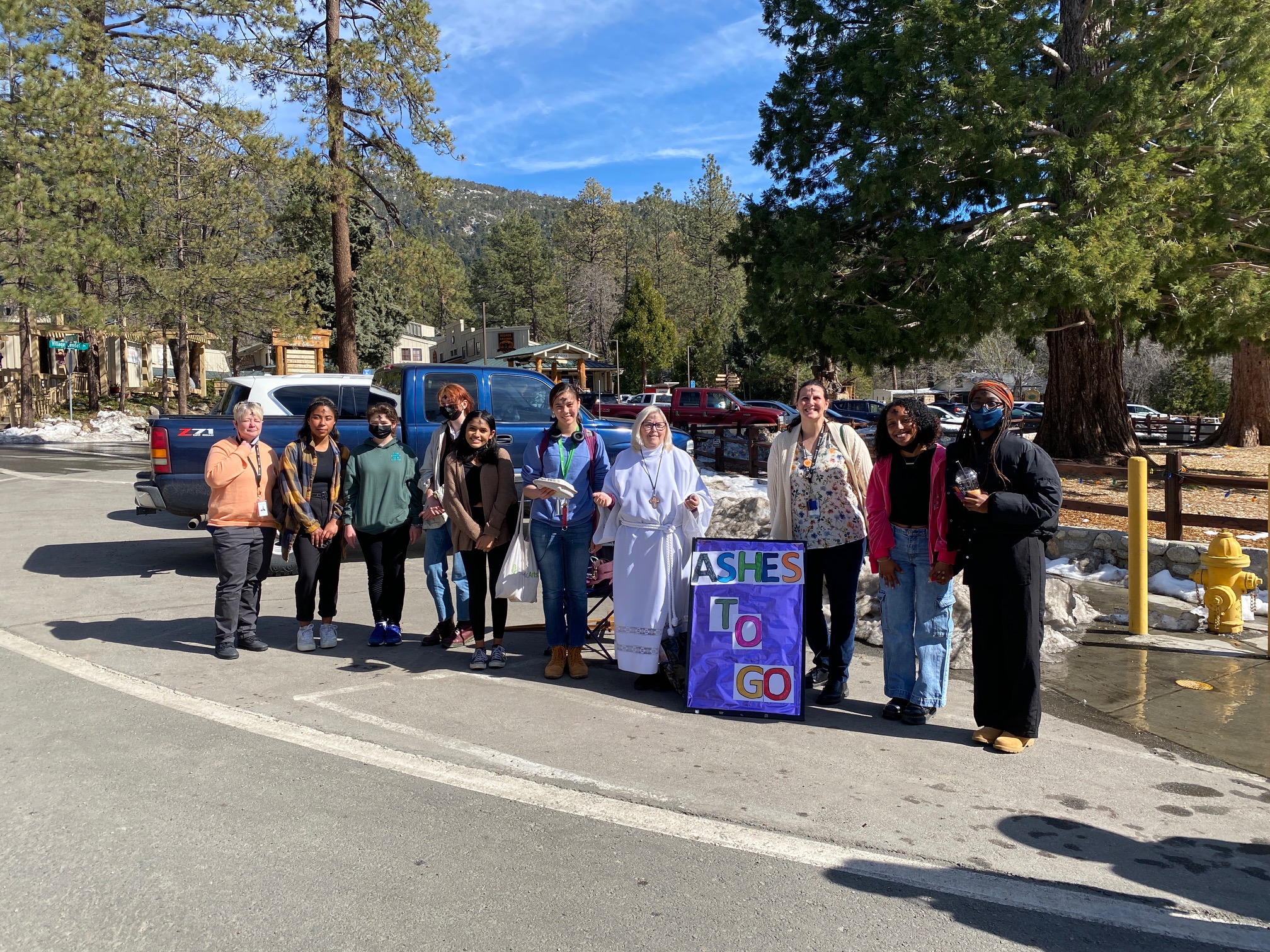 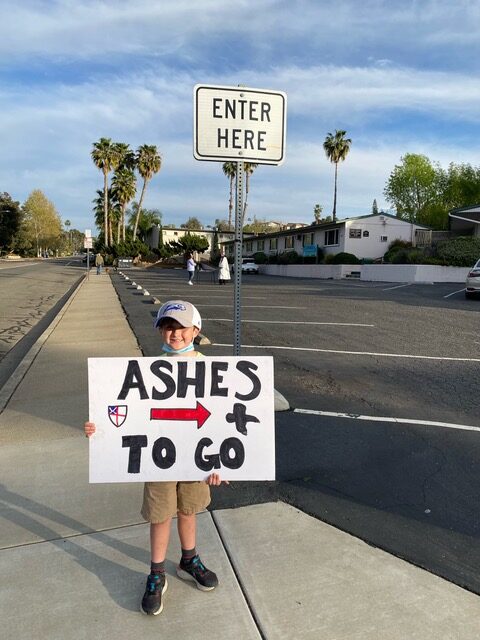 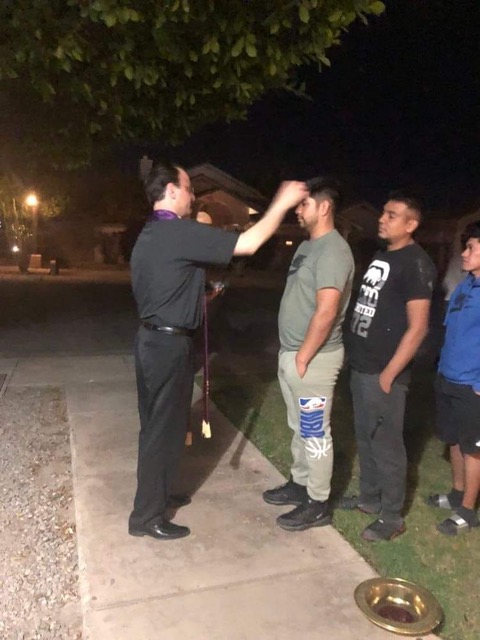 Of the congregations that participated in Ashes to Go this year, each served 61 individuals on average. Each of these beloved individuals would not have otherwise had contact with the Episcopal Church on Ash Wednesday. If all the 43 parishes and missions in the diocese participated in this work that would be over 2,500 individuals receiving a glimpse of the Episcopal Church—our people and particular way of being Christian—that may not have. Is that worth it? I think so. 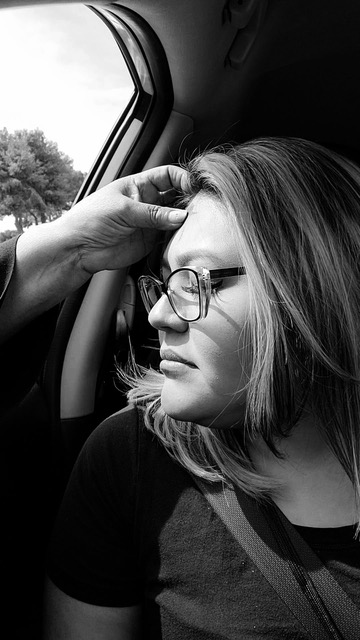 If Ashes to Go doesn’t work for your congregation, what would? Could you process around your community on Rogation days or Palm Sunday, inviting neighbors to join the procession? Bless pets in a nearby park on St. Francis’s feast day? Maybe you have other ideas. One of the most radical characteristics of Jesus’ ministry was that he touched people–normal folks, in normal situations. It is critical that we do the same. One way we can do this is by capitalizing on opportunities to be outside of our buildings, within our communities, and transparently sharing who we are with our neighbors.

← Previous Story:
God is Pro Peace
Next Story: →
5 Ways to Prepare for Easter