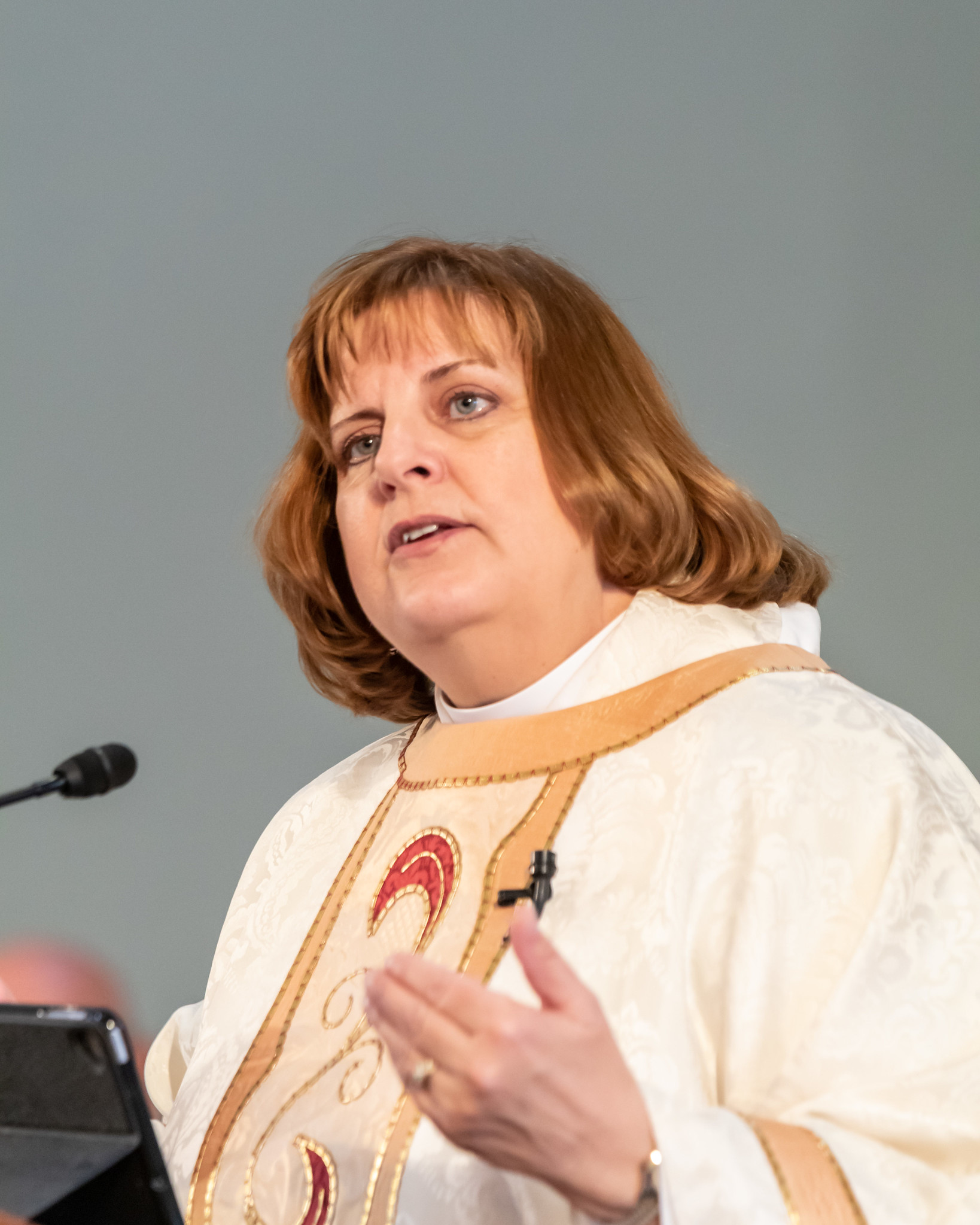 The Rt. Rev. Dr. Susan Brown Snook is a leader in the areas of evangelism, church growth, church planting, and new mission development. Before entering seminary, she worked as a certified public accountant, and later as a director of Christian education and a director of lay ministries at an Episcopal church in Arizona. She was ordained as an Episcopal priest in the Diocese of Arizona in 2003 and served as an associate at two churches in the Phoenix area after ordination.

In 2006, the bishop of Arizona called her to plant a church in the northern suburbs of Phoenix and Scottsdale. From 2006 to 2017, she served as the church planter, vicar, and then rector of the Episcopal Church of the Nativity, Scottsdale, leading it through a process of growth to a program- sized parish and through a building process that created a permanent home for the vibrant congregation.

In 2017, the Bishop of Oklahoma called her to become Canon for Church Growth and Development in the Diocese of Oklahoma. She served as the bishop’s right-hand person for revitalizing, planting, and growing congregations throughout Oklahoma, overseeing ministries of evangelism, communications, stewardship, and Christian formation as well as consulting with congregations to help them share the good news of Christ.

In 2019, she was elected as the Fifth Bishop of the Diocese of San Diego, and was ordained and consecrated on June 15, 2019. As bishop, she has focused on discipleship, evangelism, and service as the pillars of church mission, and has led the diocese in a strategic planning process to grow and revitalize the church throughout our diocese. Courageous Love is the motto by which we follow Jesus in discovering new ways to share the good news of Christ with the diverse populations in our community. Bishop Susan has also been a
leader in interfaith work for social justice in San Diego, advocating for loving and just approaches to the challenges that face our world today.

Bishop Susan is passionate about evangelism – proclaiming the good news of Jesus – and about developing thriving churches that transform lives in their communities. She is also passionate about sharing God’s love with all God’s people through ministries of service and social justice, including supporting the full inclusion of LGBTQ people in the church.

Bishop Susan grew up as the daughter of an Army officer, living all over the world, from the United States to Germany and Japan. After her father retired in Austin, Texas, she attended high school and college in Texas.

Bishop Susan received her Doctor of Ministry degree in 2020 from Virginia Theological Seminary, specializing in Ministry Development. Her thesis was titled “Leading Congregations to Become Communities of Faithful Presence,” focusing on how congregations can engage in a community discovery process to understand where God is working in their neighborhoods, and how to join God in that work. She received her Master of Divinity degree in 2003 from Church Divinity School of the Pacific in Berkeley, California. Bishop Susan also holds Bachelor’s, Master’s of Business Administration, and Master of Accounting degrees from Rice University in Houston, Texas.

Bishop Susan authored God Gave the Growth: Church Planting in the Episcopal Church and co-edited Acts to Action: The New Testament’s Guide to Evangelism and Mission. She co-founded the Acts 8 Movement, a group dedicated to proclaiming resurrection in the Episcopal Church. In 2012, she was elected to the Executive Council of the Episcopal Church, and served until 2018, chairing the Budget and Local Ministry & Mission committees. In 2018 Presiding Bishop Michael Curry appointed her to a six-year term on the board of Forward Movement and in 2021 she began a six-year term on the board of Gathering of Leaders.

Bishop Susan has been married for over 30 years to her husband, Tom Snook, and they have two grown daughters, Sarah and Julia.

1983 Graduated from Rice University, Houston, Texas with a Bachelor of Arts, English and Managerial Studies

1985 Graduated from Rice University, Houston, Texas with a Master of Accountancy and a Master of Business Administration

1997 – 2002 Lay leader at St. Anthony’s, Scottsdale in the areas of Christian education and lay ministries

2003 Graduated from Church Divinity School of the Pacific, Berkeley, California with a Master of Divinity, ordained a priest in the Diocese of Arizona

2006 – 2017 Rector and Church Planter, Episcopal Church of the Nativity, Scottsdale

2017 – 2019 Canon to the Ordinary for Church Growth and Development, Diocese of Oklahoma

2019 Ordained and consecrated as fifth bishop, Diocese of San Diego