News from the war in Ukraine is quickly changing and we are shocked by the images and reports we are seeing. We do not know what the future holds but what we do know is that thousands of deploying soldiers and their families here at home are experiencing the frightening and surreal feeling of saying goodbye to a spouse and children. I am sure we are thinking about what our military families are going through and families in Ukraine.

As of Friday February 25th, the New York Times reports that “Thursday’s deployment of the First Brigade of the Army’s Third Infantry Division will bring to 14,000 the number of American troops that Mr. Biden has moved closer to the fighting since the Ukraine crisis began. Their arrival will bring to nearly 100,000 the number of American troops in Europe.” 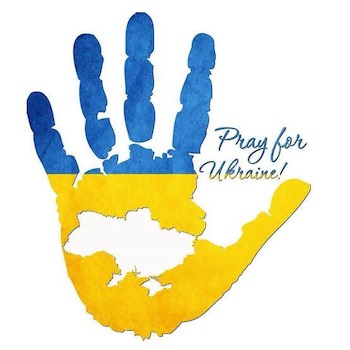 San Diego is a West Coast home base of Marines and Sailors, so we have not seen a lot of deployments, yet.  But remember we have many East Coast ships in the Mediterranean, and submarines close by the war. Forward-deployed ships are the USS Ross, USS Roosevelt, USS Porter and USS Arleigh Burke. In addition, the escorts of the USS Harry S. Truman Carrier Strike Group: destroyers USS Bainbridge, USS Cole, USS Gravely and USS Jason Dunham, and the guided-missile cruiser USS San Jacinto.

War is always tragic, but it gives us a moment to ask moral questions, about our faith and our global public life.  Our world is a sinful and broken place and the brutality of war and pain are a part of that reality. We need at this time to reclaim a basic theological truth of the sacredness of all life — if humanity is to endure. Rabbi Abraham Heschel once said, “The sense of the sacredness of all life is the fragile thread upon which civilization hangs in our age.”

Russians and Ukrainians are all sacred people.  As Christians in the Episcopal Church, we should pray for soldiers on all sides of the Russian Ukraine war. All of us are riders on spaceship Earth and we are all bound together by our sins.

The story is told of a baseball game between the Los Angeles Dodgers and the San Diego Padres. It was the ninth inning, the score was tied, and the bases were loaded. The pitcher stepped off the mound, picked up some resin, and then made the sign of the cross. The batter thereupon stepped out of the batter’s box, knocked the dirt from his spikes, and also made the sign of the cross. The umpire behind the home plate coughed a bit and was then overheard to pray, “O Lord, please don’t take sides. Just watch the game.”

One thing you can count in this game of life, God has definitely taken sides. God is pro peace. Prayer brings us to an awareness of God in all of life. Karl Barth, the great theologian, said, “To clasp the hands in prayer is the beginning of an uprising against the disorder of the world.” There is power in prayer. Passionate and frequent prayer is important, always remembering that God is still in control.

As we begin our season of Lent, we might want to consider “inward prayer.”  Inward prayer heeds the biblical command, “Be still and know that I am God.”  There is a story of an old monk confined to a wheelchair, everyday the monk began each painful day with the question, “Lord, what do you want of me?” Prayer does not need to revolve around our wants. Inward prayer is about an openness to change in ways we cannot imagine.  It submits the question, “Who, God, are you calling us to be?”  It is an opportunity for stillness and listening.

We do not know what is to come and what the future will bring, but if more of our armed forces are deployed, we need to be ready to pray for all people in this conflict and be ready to extend our prayers, our love, our care to our military and their families.

Archbishop of Canterbury Justin Welby and Archbishop of York Stephen Cottrell have condemned the Russian attack on Ukraine as “an act of great evil.”  And they invite Christians to make Sunday a day for prayer for Ukraine, Russia, and peace. They also support Pope Francis’ call “for a global day of prayer and fasting for peace on Ash Wednesday, March 2.”

The Church of England offers these beautiful prayers; https://www.churchofengland.org/prayer-and-worship/topical-prayers/prayers-armed-forces.

Episcopal News Service reports that “Presiding Bishop Michael Curry, offered prayers and calls for peace in Ukraine on Feb. 23 during an online vigil organized by The Episcopal Church’s Office of Government Relations and the Quakers’ Friends Committee on National Legislation.” Bishop Curry asks us to pray for the “people and children of God whose lives and freedom are threatened.” Furthermore, he asks, “We pray for peace. … We pray for a just peace” Curry said. “We pray that the lives of innocents and the lives of any human child of God will be spared. We pray that our leaders will find a diplomatic way, a nonviolent way.”

In this war-torn and bleeding world, we are being asked to pray that God will act in the deepest places of a person’s being to liberate the oppressed and bring peace.  Our vision is of a world striving as the prophets and Jesus did, “where nations will not lift up sword against nation; neither do they learn war anymore.” 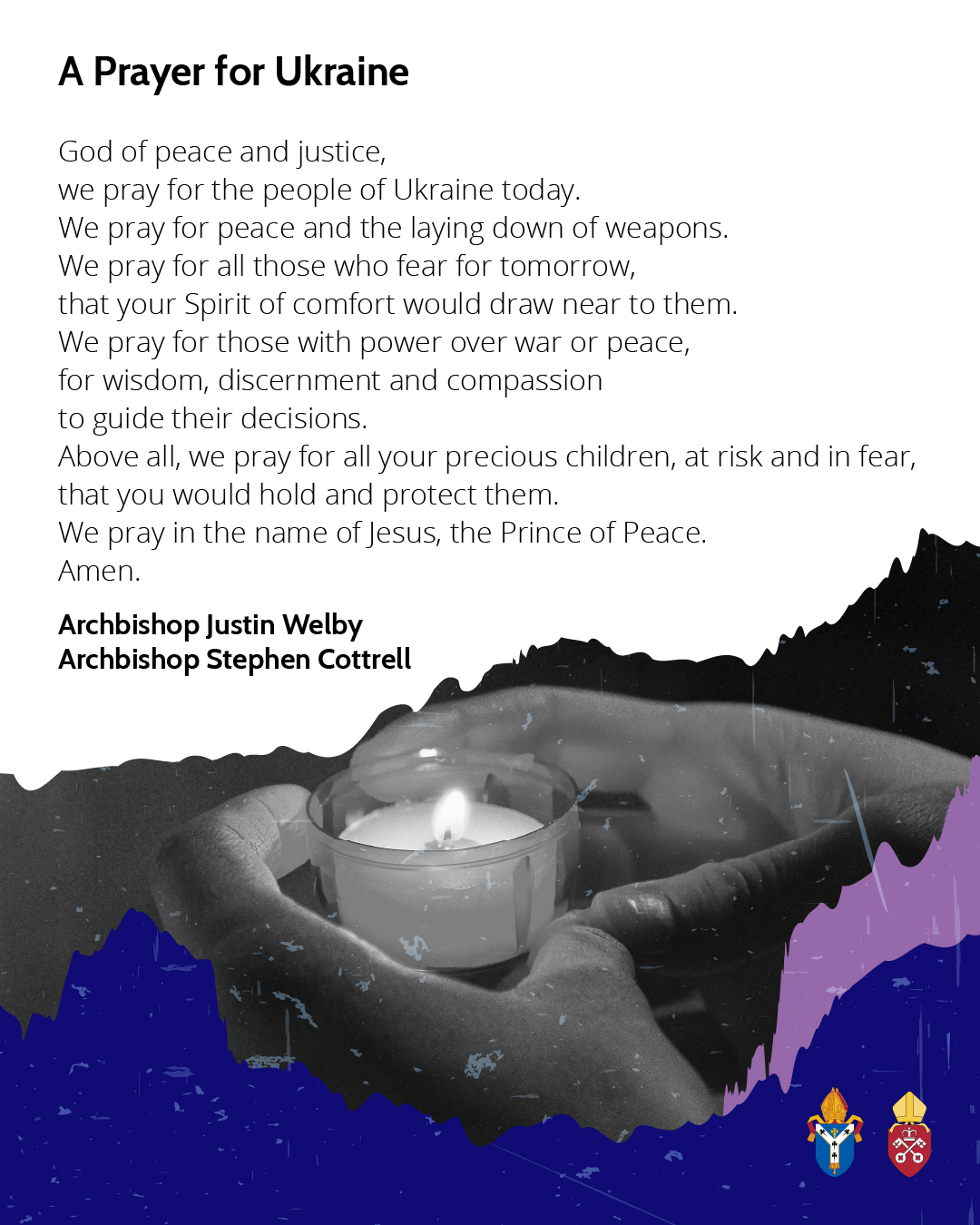 8 replies to “God is Pro Peace”

← Previous Story:
5 Ways to Prepare for Lent
Next Story: →
Ashes to Go

I have always known myself to be an encourager, helping people recognize the hope and love of God in their lives, as He had shown me. During seminary and later in a hospital residency Clinical Pastoral Education clarified that call for me. I discovered I was at ease talking to new people, offering prayer and […]

The Joy of Diocesan Youth Ministry

On Sunday, September 18, 2022, 52 young people from 7 congregations gathered for an afternoon of fun and games celebrating the kick-off of the youth ministry program year. The article below was written by Nicholas Alcorn, a member of the EDSD Youth Leadership Council and of St. Dunstan’s Episcopal Church.The Youth Group Games was a […]