This past Saturday night, February 29th, 43 youth from 12 congregations in our diocese gathered at St. Paul’s Cathedral for Nightwatch–an annual event that takes place during Lent. This year’s theme was Leap of Faith!

The evening began with a few hours of crazy fun, which included an inflatable Velcro wall in the middle of the Great Hall. After getting to know each other in a small group setting, the youth broke into pairs to explore stations set up throughout the Cathedral.

A few highlights of this year included a prayer meditation in an inflatable boat that challenged participants to consider what was keeping them in the boat. At the edge of the boat, a blue sheet stretched out across the floor. Students stepped out onto the water and followed Jesus.

In a fire meditation, youth were encouraged to write a word or two of regret from the year that had passed on flash paper. Students lit the paper at a candle and watched it disappear before their eyes—giving it to God.

There was a walk of faith where youth paired with a blindfolded partner to travel an obstacle course. The prayer at the end was, “Who do you trust to guide you?”

The evening portion of the event wrapped up with an organ demonstration from Martin Green, the organist at St. Paul’s Cathedral, a snack of milk and cookies, and compline gathered around the altar by candlelight.

During the night, the youth came to the altar in one-hour shifts. They watched throughout the night, completing the task that was so hard for the disciples in the garden of Gethsemane.

In the morning, they celebrated with cinnamon rolls, said goodbye to new and old friends, and began planning for the next time they could all be together.

If you are interested in more information on Nightwatch, or any other diocesan youth programming, please contact youth missioner, Charlette Preslar at cpreslar@edsd.org 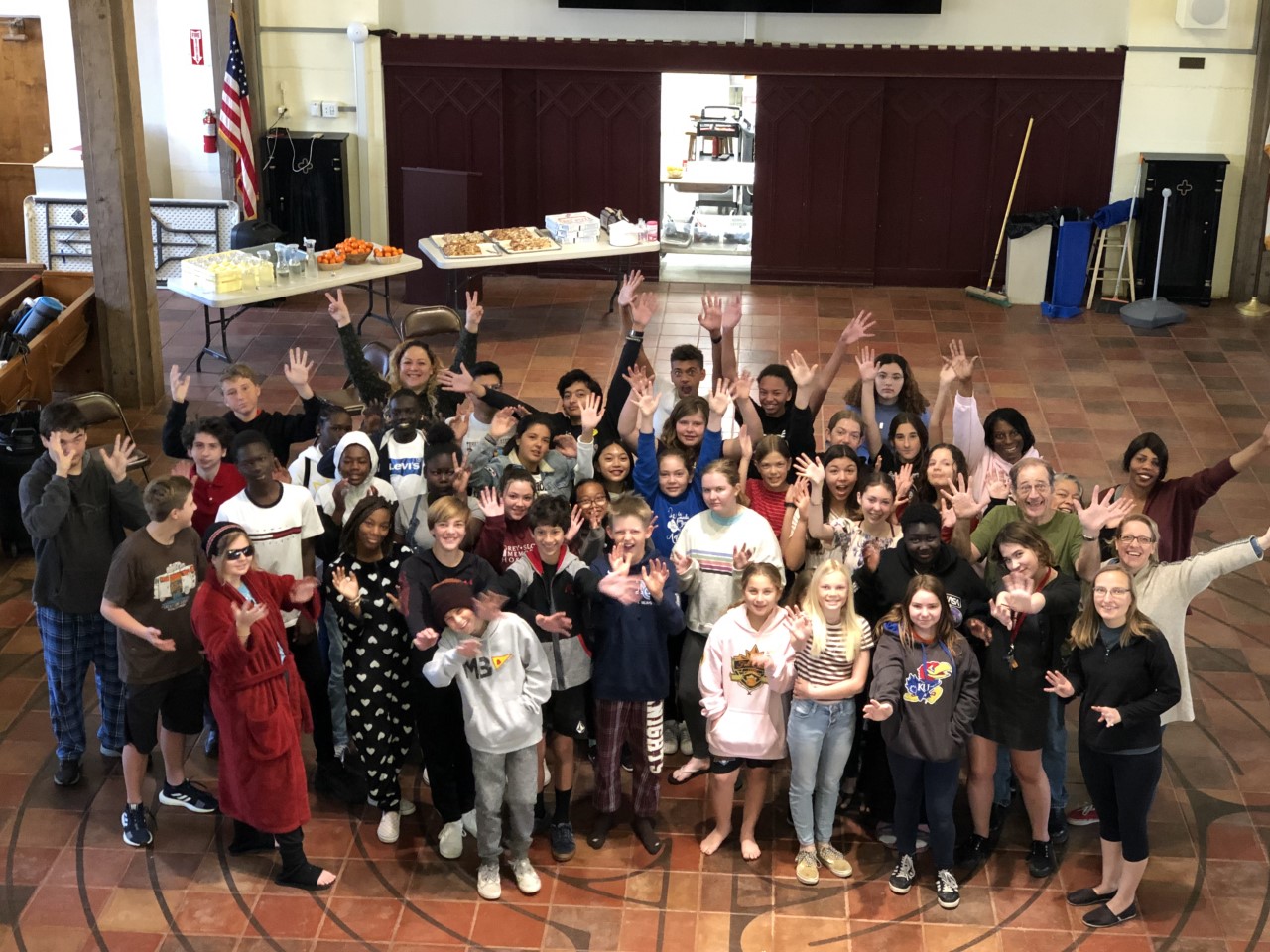