Today’s highlight was the visit to the Holy Land Institute for the Deaf (HLID) in Salt, the oldest city in Jordan. Brother Andrew greeted us. He’s the 77-year-old monk who runs the HLID, as well as the offsite programs for deaf and blind children in neighboring countries. He spoke to us for an hour about the 120 children who live in the Salt facility and receive an education and loving care. Then we toured the facility. The way he interacted with each student and teacher was beautiful. It was as though each person was Jesus to him. To hear him speak about the Spirit of God and the special role of Christians in this region was inspiring to say the least. He showered us with gifts of handmade crafts created by the children, shared plans for a new church and other buildings, and encouraged us to be in touch. 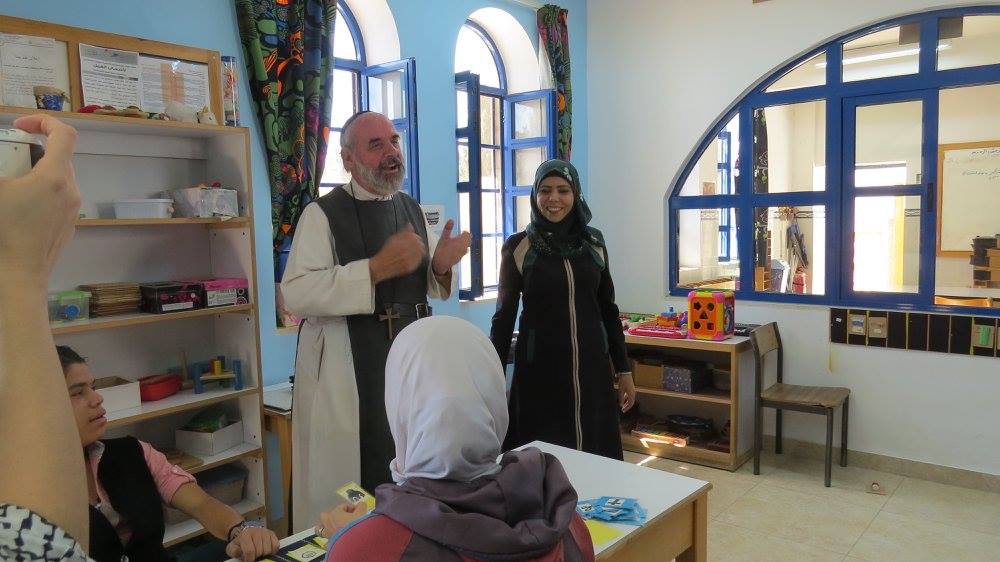 Brother Andrew and Issa who run the Holy Land Institute for the Deaf, a residential school for deaf and blind children.

Then we stopped by a mosque that is the very one frequented by King Abdullah, a stunning sight. 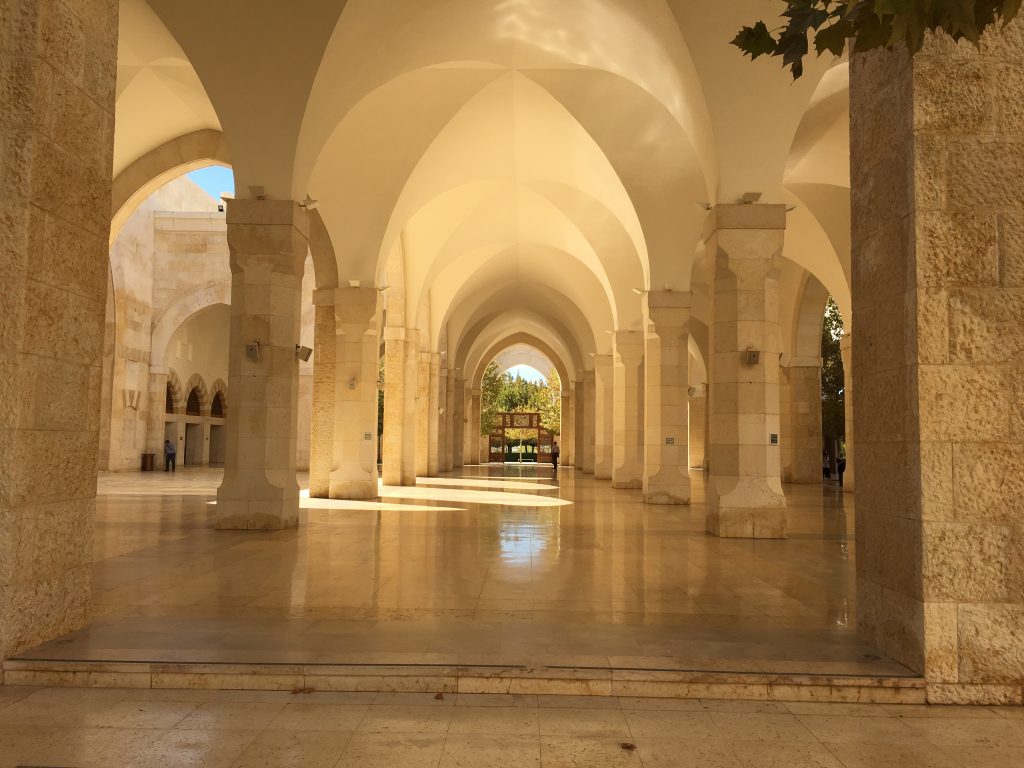 Mosque that houses a private office for the king of Jordan, King Abdullah

We then traveled to Madaba, the mosaic capital of the Levantine, and saw Byzantine mosaics, in particular a map of the holy land crafted in the sixth century. 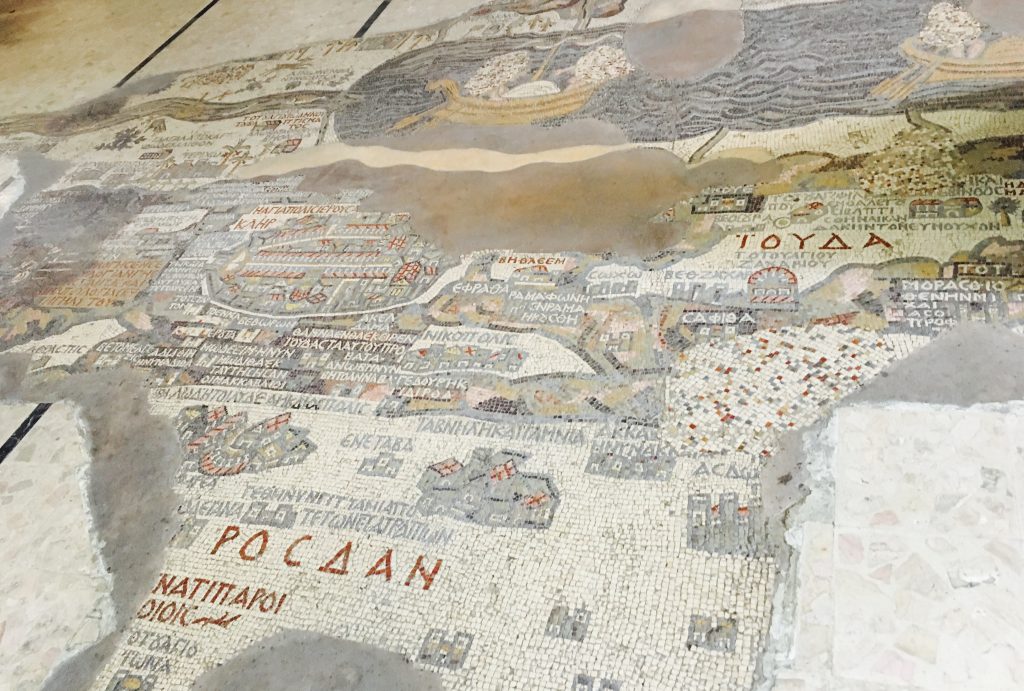 Mosaic map on the floor of St. George’s Greek Orthodox Church dating. The map was made in about 560 CE.

Mt. Nebo welcomed us at the golden hour. This is the traditional location of Moses’ vantage of the promised land flowing with milk and honey, and the site of his tomb. What a beautiful sunset! 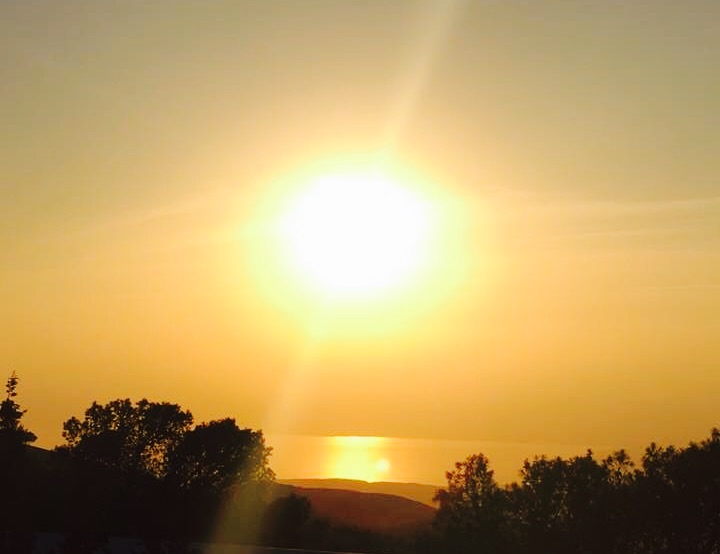 A few more photos from today and yesterday: 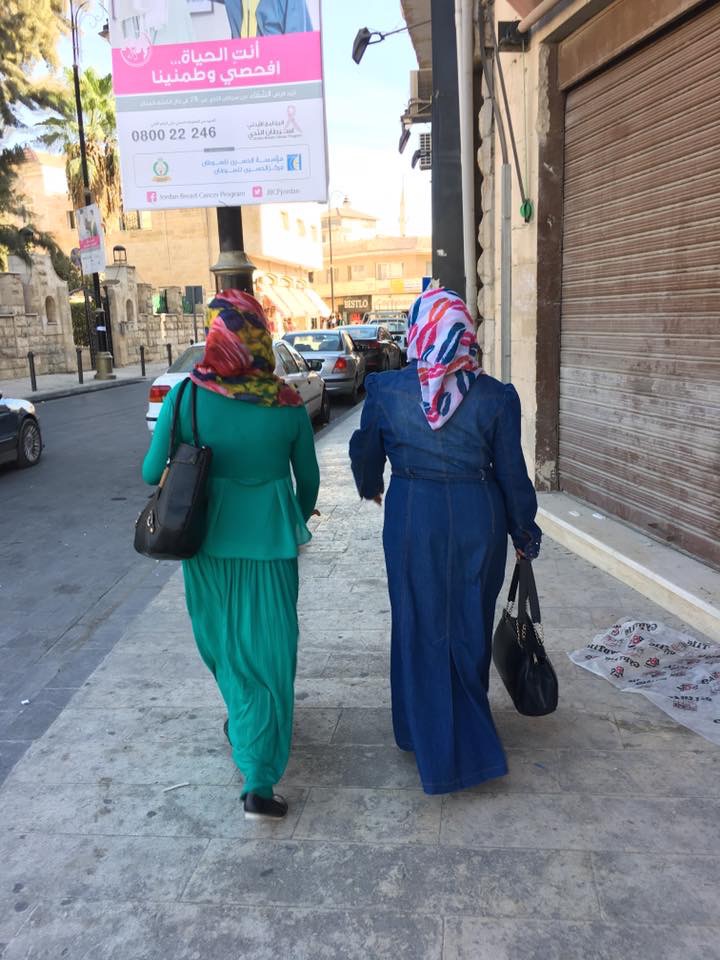 Muslim women walking down the street in Madaba. 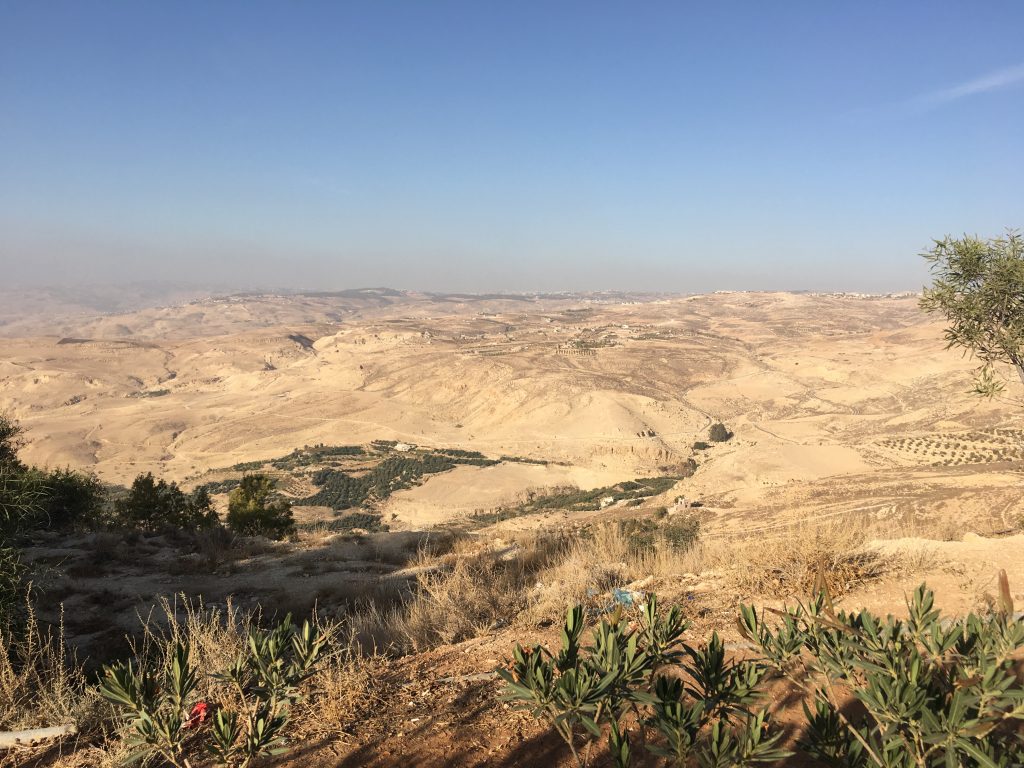 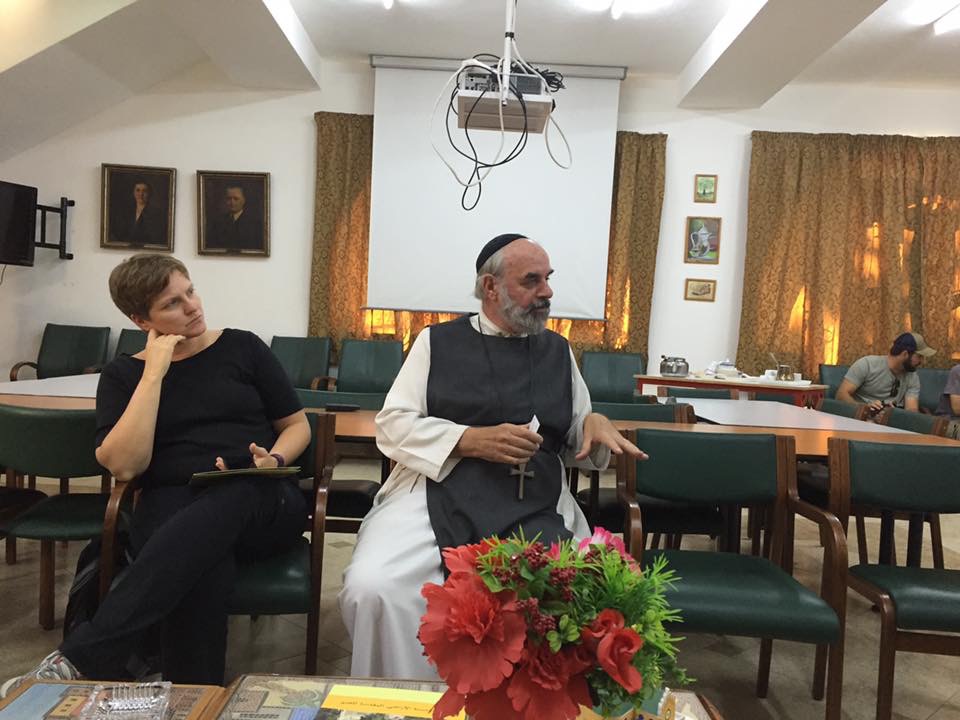 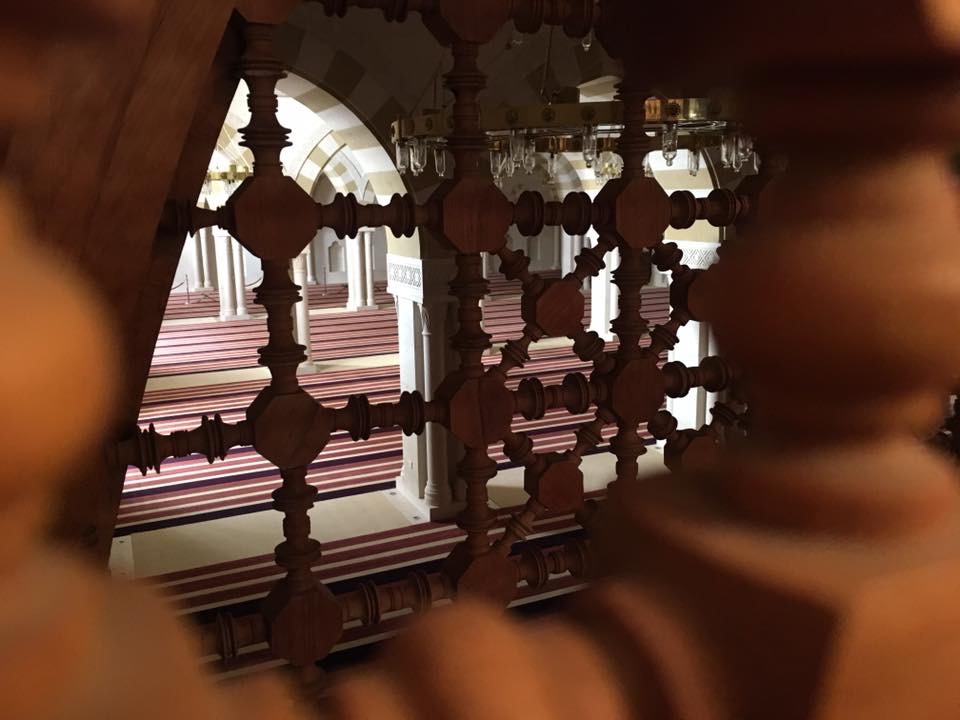 View of the mosque from the women’s prayer room 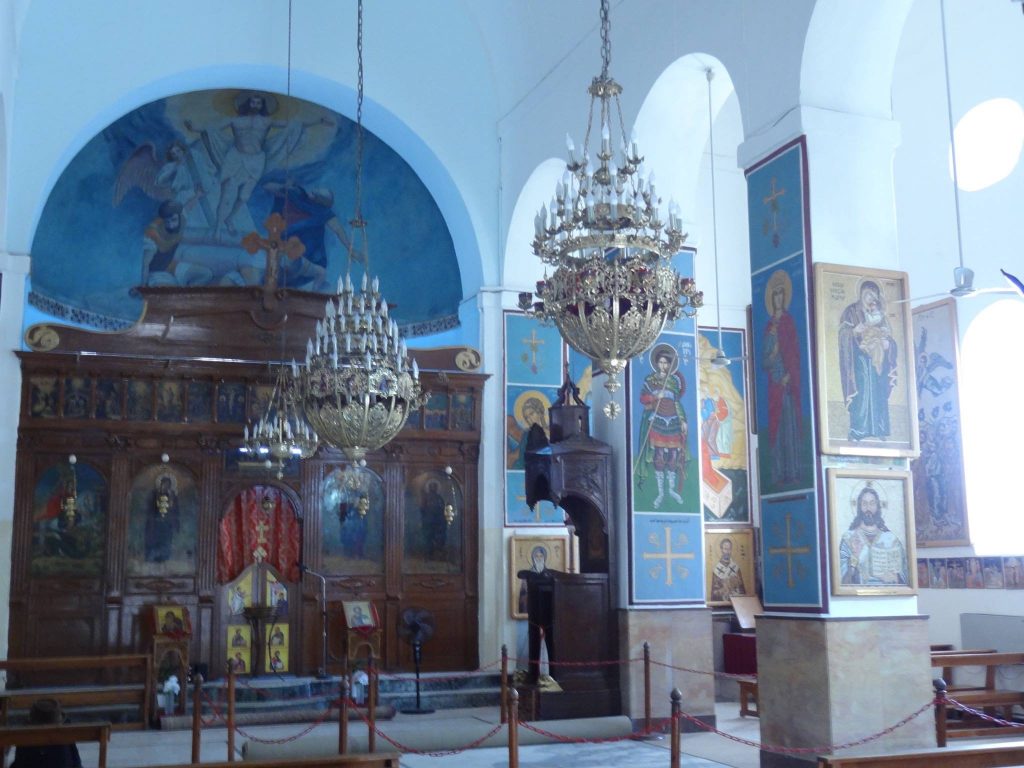 St. George’s Greek Orthodox Church, a place of many, many icons. I’ve never seen so many in one place.