Our first full day in Jordan started with a drive past the Jabbok river, where Jacob wrestled with God, to Gadara, the site of Jesus’ pig-killing miracle. All three synoptic gospels relate the story: the demons inside a demon-possessed man named Legion pleads with Jesus to let them alone and finally asks to be allowed to leave the man and enter a large swineherd grazing nearby. Jesus allows it. The demons leave the man, enter the swine and quickly run down the hill into the nearby Sea of Galilee. The swineherd is none too pleased and the townsfolk ask Jesus to leave, and the man who is now free from demon possession becomes one of Jesus’ biggest evangelists. We were in modern-day Umm Qays/Gadara, where this event took place. 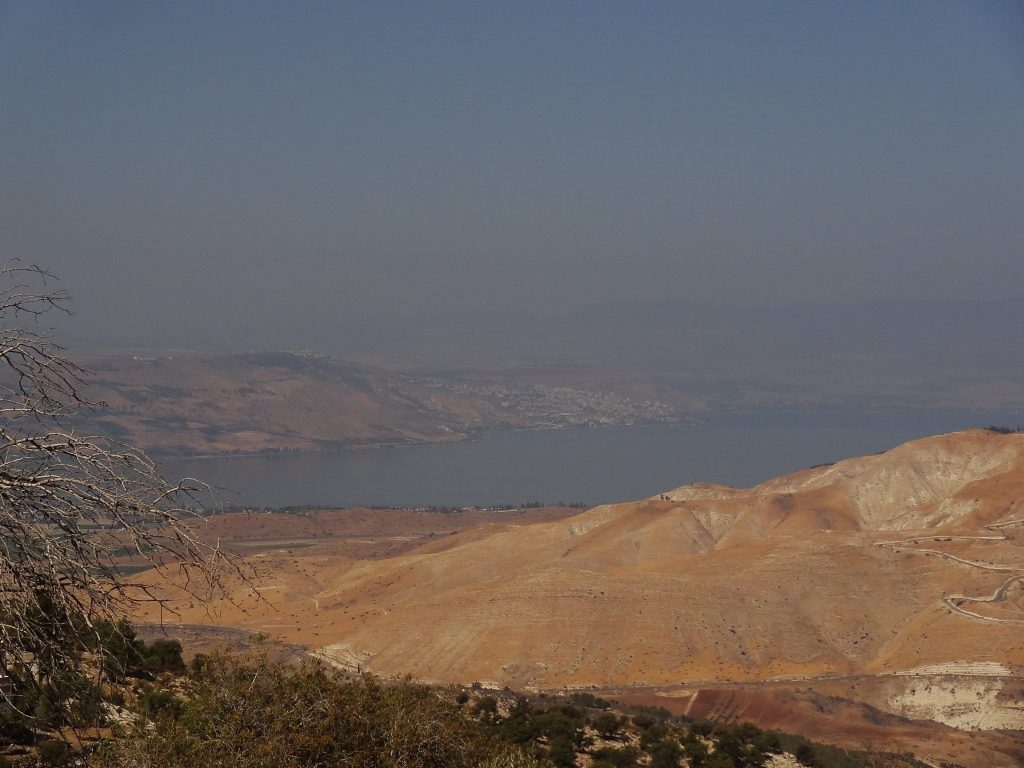 Overlooking the Sea of Galilee from Gadara/Umm Qays

As we stood overlooking the hillside that flows into the Sea of Galilee, imagining thousands of stampeding pigs’ feet, our guide informed us that we were about a 30 minute drive from ISIS occupied Syria. We could in fact see into Syria. I’ve been reading about the atrocities in Syria for years now, and seeing videos and photos online. It is unnerving to be so close to such horrifying violence. But as the breeze blew on that hilltop all seemed peaceful, almost sleepy, as we looked out over the biblical terrain. 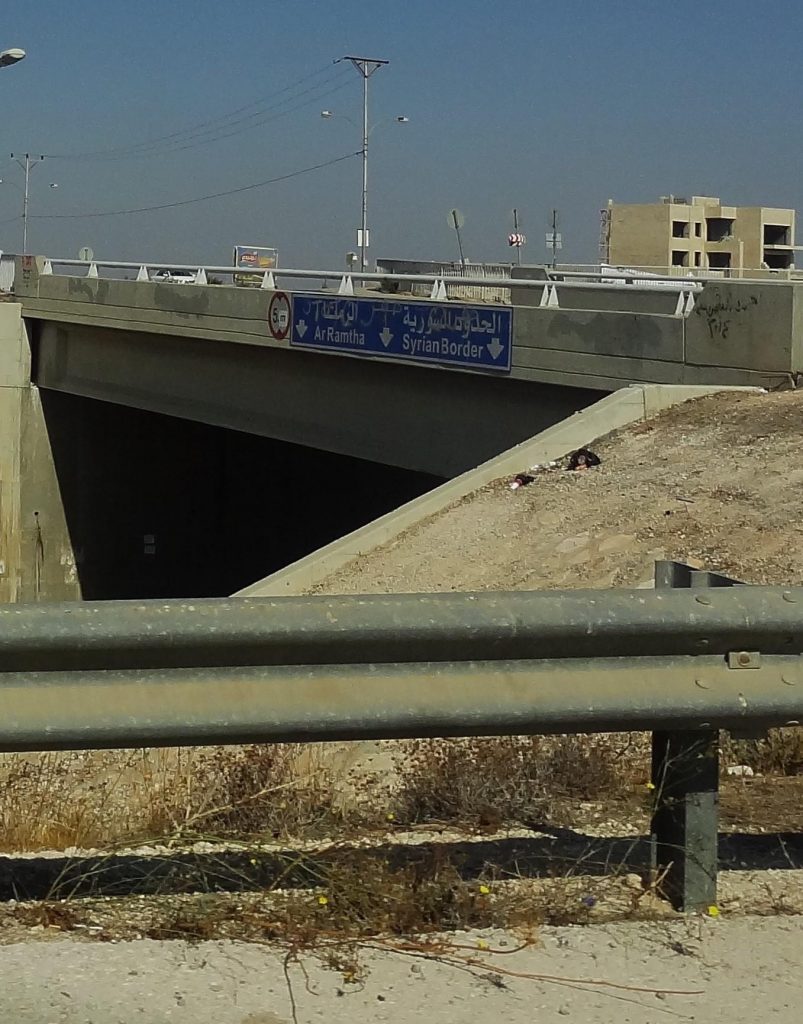 Highway sign for the Syrian border, just 30 minutes away.

We also visited the UNESCO world heritage site of Roman ruins in Jerash which include: Hadrian’s Arch, the Hippodrome, the Forum, Diana’s Temple, the Cardo Maximo and much more. This warrants more than a couple hours, which is all we had. We will just have to come back. 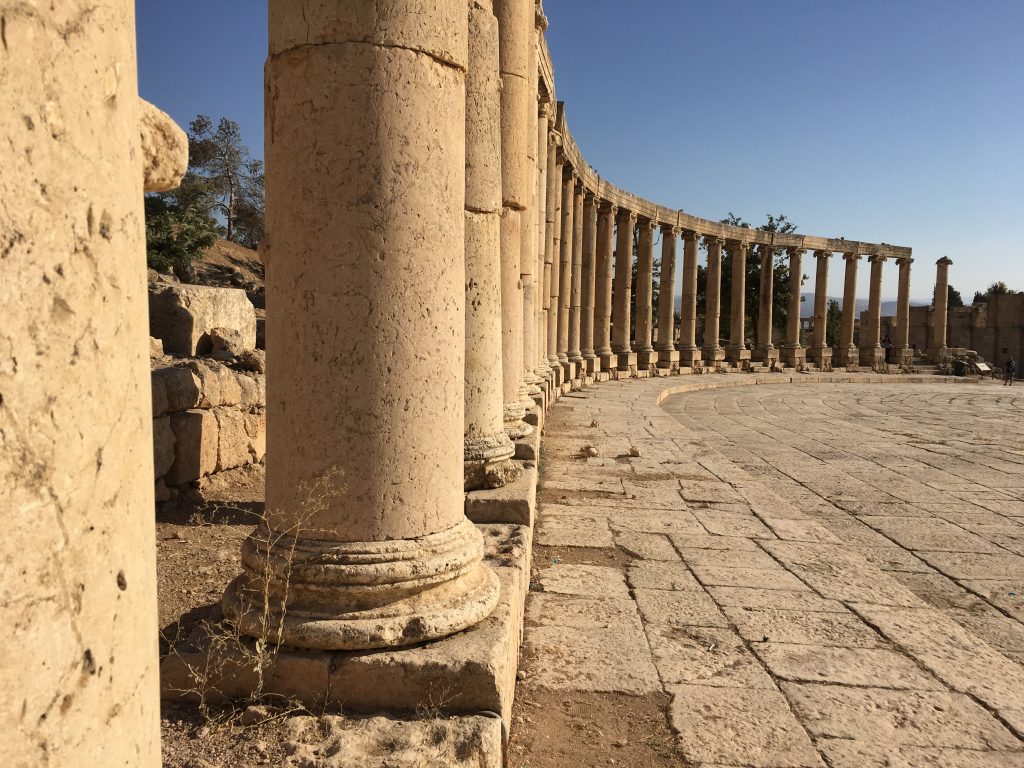 View of ruins from the Cardo Maximus.

Later in the day we were fortunate enough to worship at the International Anglican Church of Amman. In the quiet moment after communion, it struck me how we ate the bread and drank the wine, symbols of our Lord’s broken body, in the region where his body was broken. It is powerful to be here as a Christian, to know I’m looking out over the land our Lord surveyed with his own eyes, and to worship him and celebrate the new covenant that he instituted 2,000 years ago.

The inscription reads, “Greater love hath no man than this, that he lay down his life for his friend.” John 15:13 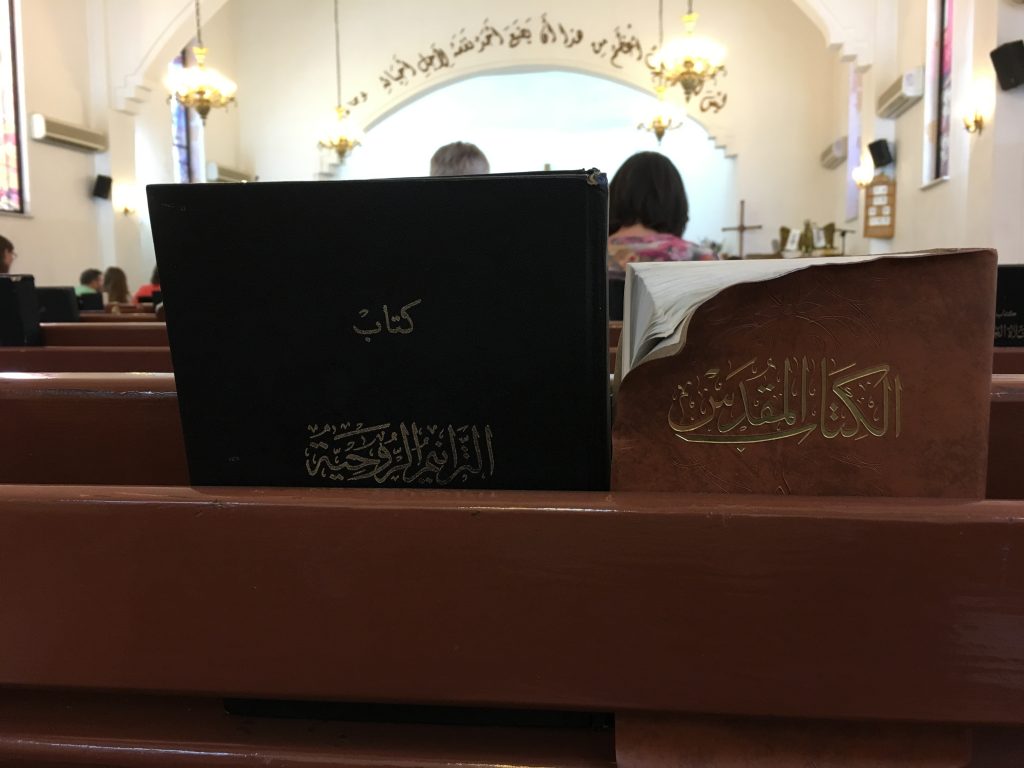 Curious Umm Qays children who were happy to pose for a photo. 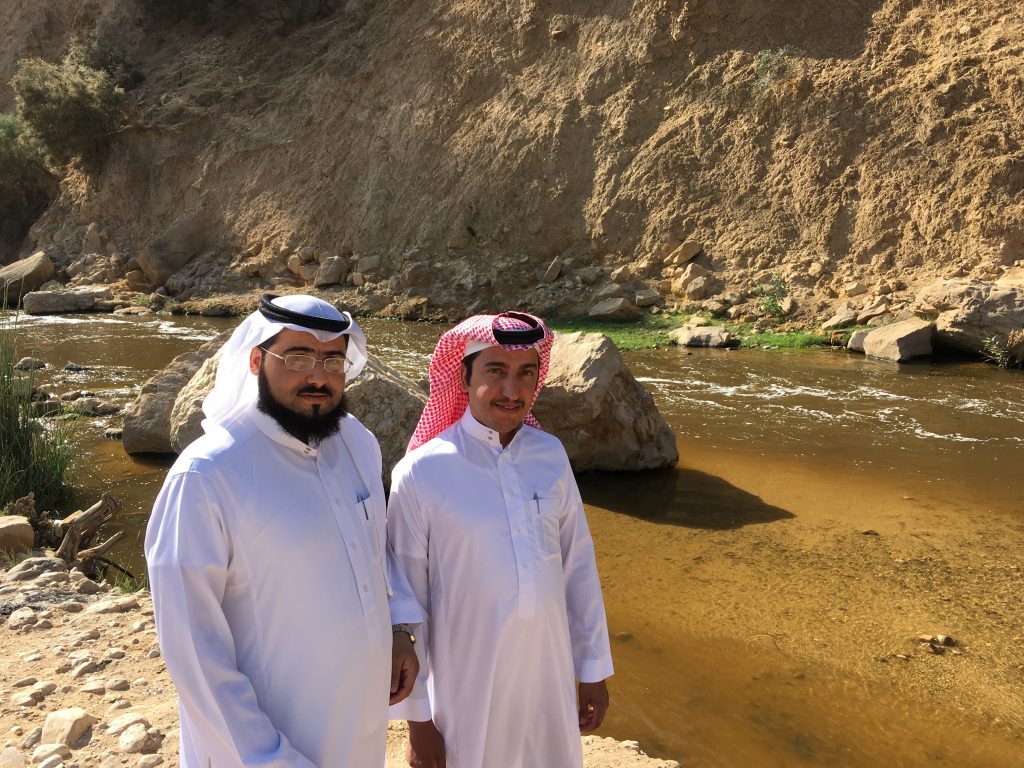 Locals at the Jabbok river where Jacob wrestled with God and lived.