An Archdeacon’s Reflection: Advent, a Type of Discernment

Although not a part of this year’s Lectionary readings, I find it difficult to go through Advent without thinking about Mary’s visit from the Angel Gabriel and  Mary and Elizabeth’s visit. As I was reading this scripture from Luke’s Gospel again, I realized that I was finding similarities between these stories of bringing new life into this world and the new life infused in me once I said yes to discernment for the diaconate.

Elizabeth and Mary said yes to God without hesitation. Me — well, there was hesitation, questioning, and wondering if I was doing the right thing.

Imagine the conversations Mary and Elizabeth had over their visit of three months. Both were saying “Yes” to God to what seemed impossible. Neither knew what to expect during her pregnancy, waiting in darkness to bring forth new life. Kind of like me answering the call from the Holy Spirit, the call to give birth to a renewed life in me–the life of a deacon. There was my visit to the Bishop and studying with the instructors at the School for Ministry. I did not know what to expect but took wise counsel in their wisdom during my formation.

I imagine Mary and Elizabeth spending days talking about their anticipation, about what it would be like to give birth. I suspect both were filled with wonder and fear. I wondered what it would be like to live life as ordained clergy. I feared taking on added responsibility–questioning whether I would know what to do and what friends say about me not putting all my energies into playing pickleball or going on cruises. I said, “Yes, change my life dramatically like Mary and Elizabeth.”

But the people in my life, my husband, family, and those closest to me, opened their arms, welcoming, blessing, and celebrating with me this new life; the life of preparing for and being ordained a deacon. Like Mary, my life changed. I didn’t know the specifics, but I knew God was working in me.

Going through the process of discernment, studies, and prayer, I was affirmed and blessed by those who saw my calling to serve the sick, the dying, the bereaved, and the elderly.

I said ‘yes’ when I was able to hear the words of Mary, “Here am I, the servant of the Lord; let it be with me according to your word.” (Luke 1:38) The Holy Spirit made it clear to me that this was to be my call, my way of bringing new life into the world.

Like Mary singing about her hopes, her belief in God for a world filled with love that embraces all, this newly ordained deacon had hopes of changing the world–serving the marginalized. And two years later, those hopes are coming true!

This Advent and Christmas season, the deacons in the Episcopal Diocese of San Diego will warm the hands and 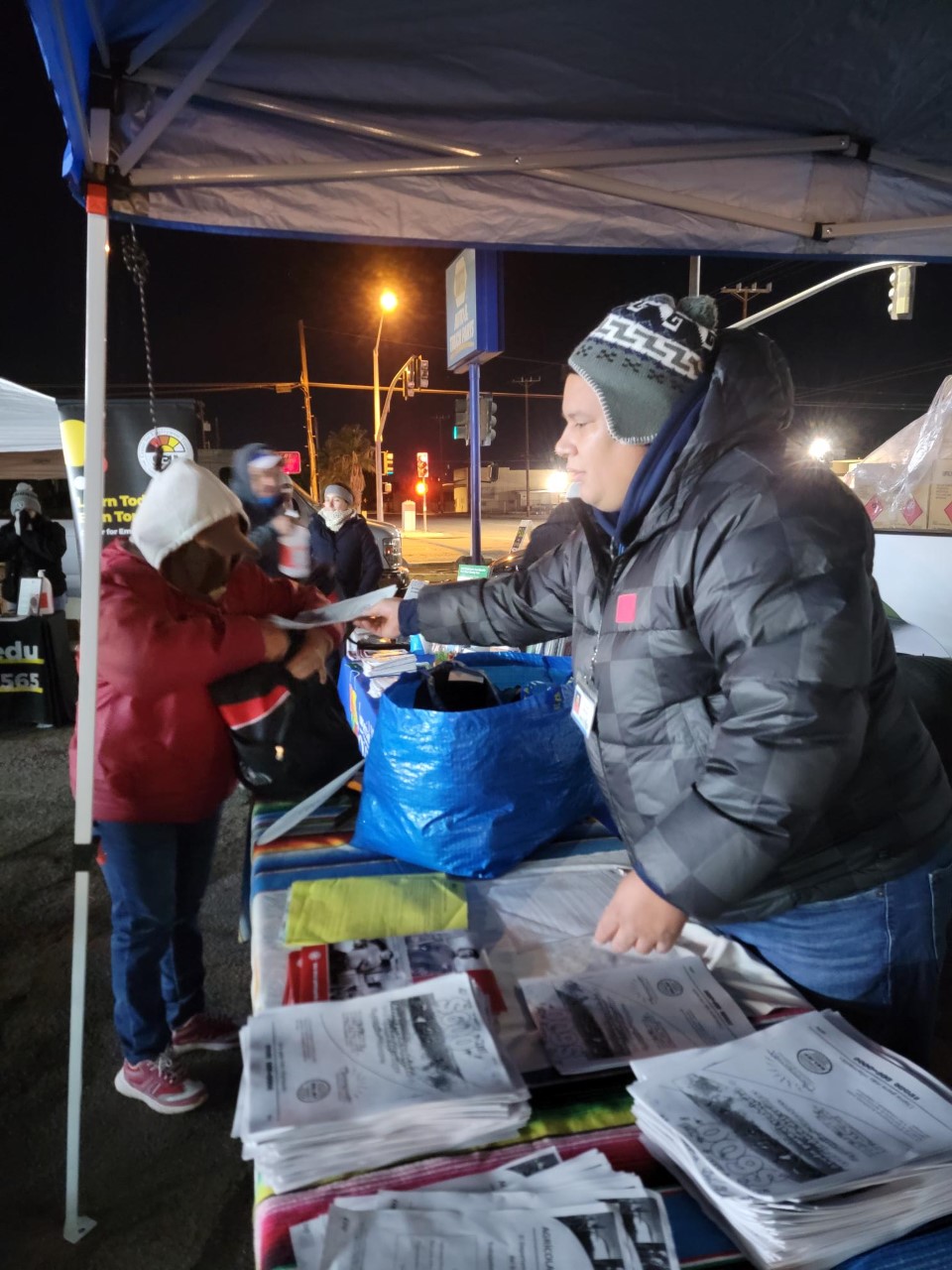 feet of nearly 1,000 field workers. The Deacon’s Outreach Fund is a new way to give to the work of servant ministry in the diocese, like the ‘Warm Hands and Feet’ campaign.

As Archdeacon, I have the privilege of traveling with Bishop Susan to see you in your churches and ask the question, “Who in this Church demonstrates the qualities of a deacon?” Yes, my dream of growing the number of deacons within the next five years may be bearing some fruit as more and more people are stepping forward and expressing an interest in discernment for the diaconate.

I do not know what is in store for me next, but I know that God’s plan will continue in the way God plans, not my way. Like Mary and Elizabeth, I am here to say ‘yes’ to that plan. May your Advent and Christmas be filled with wonder, anticipation, and perhaps some time of discernment.

5 replies to “An Archdeacon’s Reflection: Advent, a Type of Discernment”

← Previous Story:
Gratefully, with God’s and your help
Next Story: →
Episcopalians Say Gay: Coachella Valley Churches to March Together Under One Banner