Episcopalians Say Gay: Coachella Valley Churches to March Together Under One Banner

When The Greater Palm Sprin    gs Pride Festival announced its theme for 2022, “Say Gay,” members of the three Episcopal churches in the Coachella Valley responded swiftly and positively to Pride’s blunt rejoinder to destructive legislative efforts around the country suppressing LGBTQ+ identity known as “Don’t Say Gay.”  “The natural response was ‘Episcopalians Say Gay!’ and that became our motto,” said Christopher Davidson, of St. Margaret’s, one of the organizers. 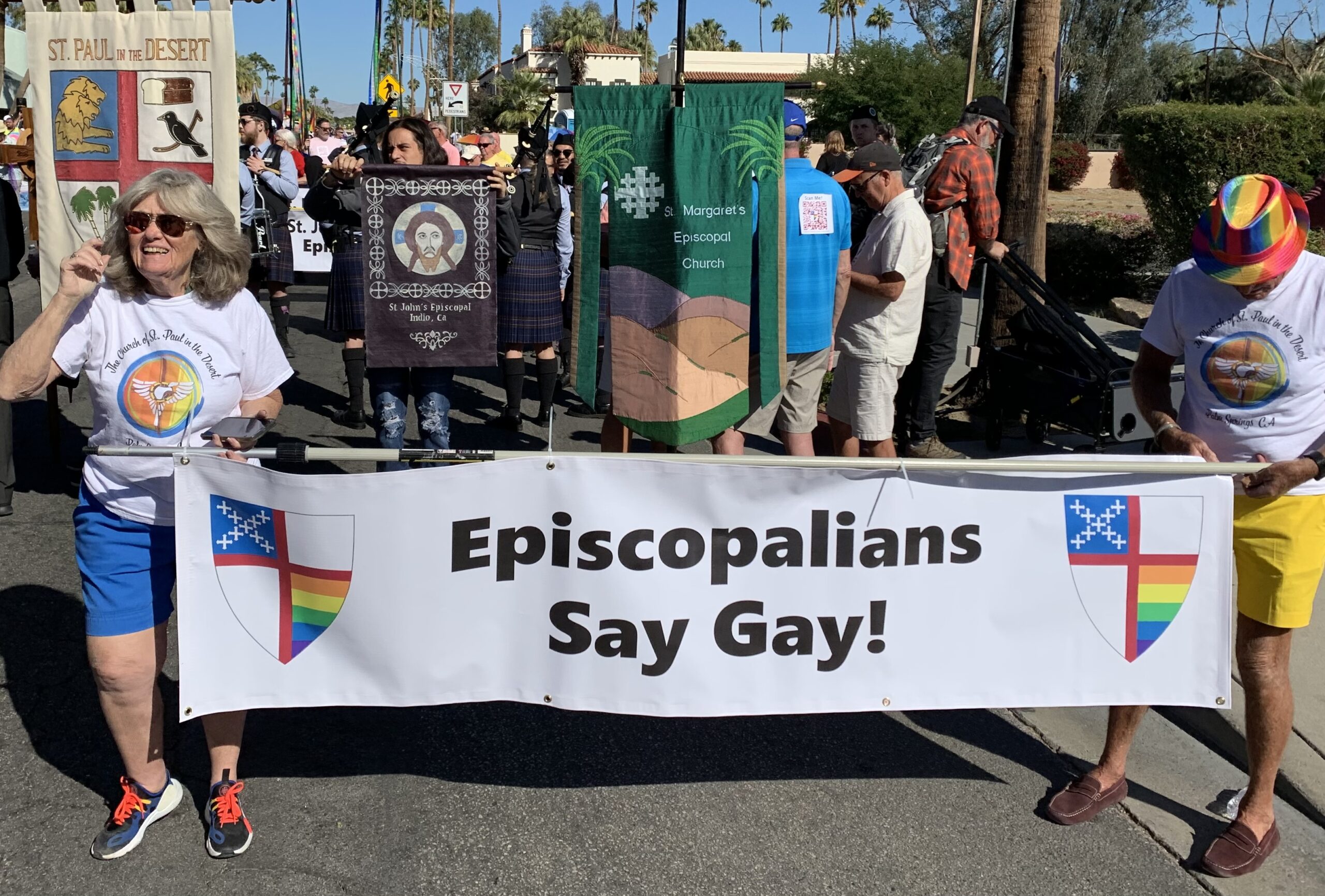 The Rev. Jessie Thompson, of St. Paul’s noted, “To join as three churches together and celebrate Pride, we hope the message is clear that your life is a gift that this world needed. All of you. We join together to march and celebrate and pray and represent that you were created in Love and we are glad you exist. There are healing and nurturing faith communities in the Valley who want to welcome you in fully and let you know you are loved exactly as you are.”

“This speaks directly to who we are as Christians,” said the Rev. Andrew Butler, Rector of St. Margaret’s in Palm Desert.  “God made us as we are — and we are straight, gay and every part of the rainbow.  Call us by our name. No one should feel ashamed to speak their identity.  As an Episcopal priest, I am proud to Say Gay.”

Father Brian Johnson of St. John’s, Indio added, “We are excited to work together with the other Episcopal churches in the desert for the 2022 Pride event, Episcopalians Say Gay.” 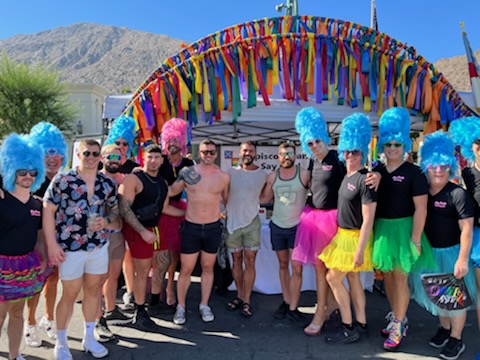 Members of all three churches inscribed brightly colored ribbons with prayers and affirmations which were added to the Prayer Rainbow, which arched over the churches’ festival booth.

Members of all three churches inscribed brightly colored ribbons with prayers and affirmations which were added to the Prayer Rainbow, which arched over the churches’ festival booth.  Said Debra Griffith, a St. John’s parishioner, “To interact with our fellow Episcopalians and begin relationships that will last to other joint efforts.  It was truly amazing to be a part of coordinating this and I look forward to next year AND other events where the three can become one!” 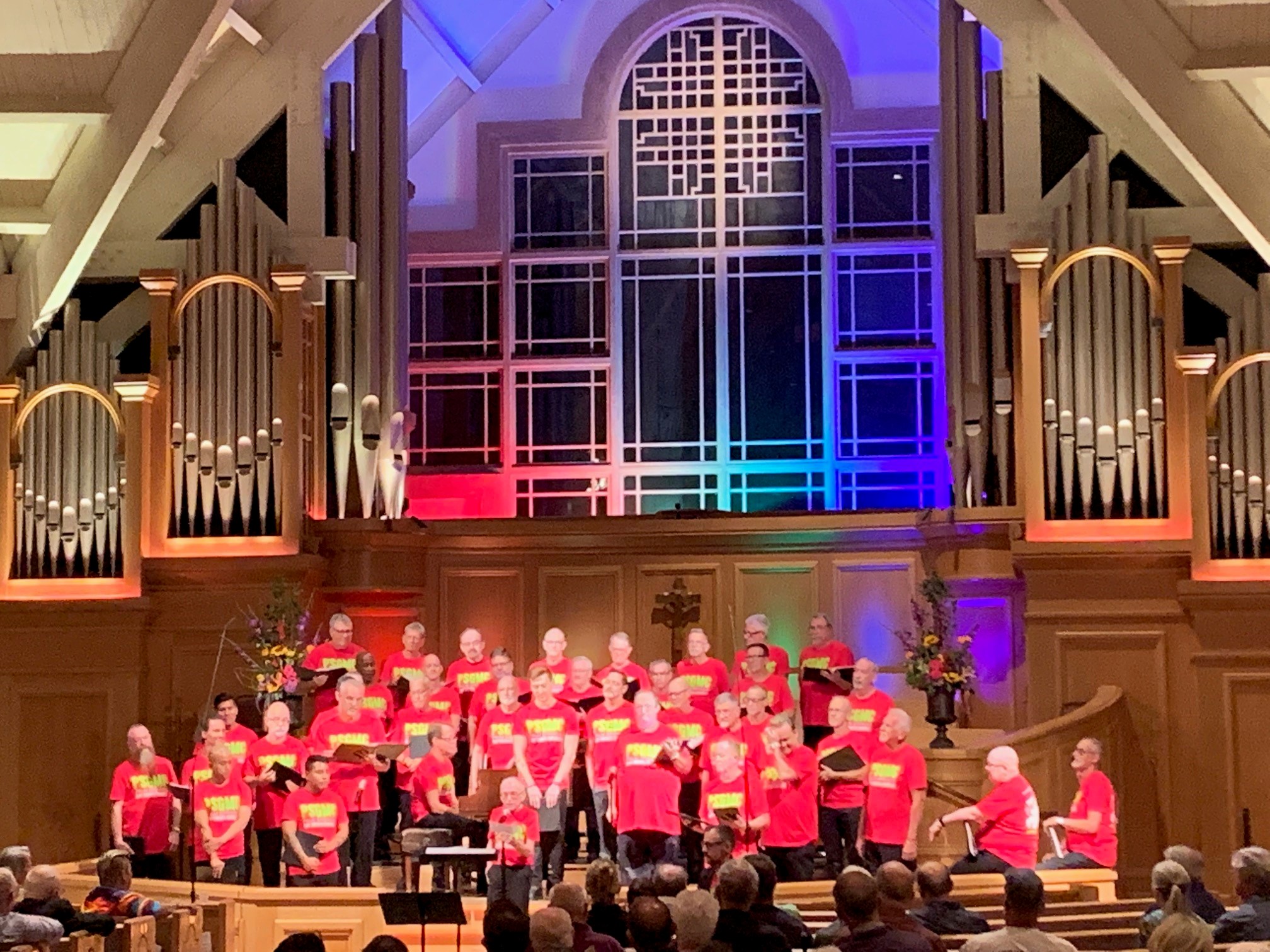 On the night of October 30 at 6 pm, St. Margaret’s was the site of Light Up the Night, a Pride Kick-Off celebration concert by the Palm Springs Gay Men’s Chorus.  NBC Palm Springs Manny Dela Rosa, “Manny the Movie Guy,”  served as master of ceremonies.  Audience members enjoyed an organ prelude by Dr. Douglas Leightenheimer, Music Director and Organist at St. Margaret’s.  Following the concert, the audience gathered outdoors for a countdown and illumination of the church building in a giant rainbow stripe.  A festive reception followed. 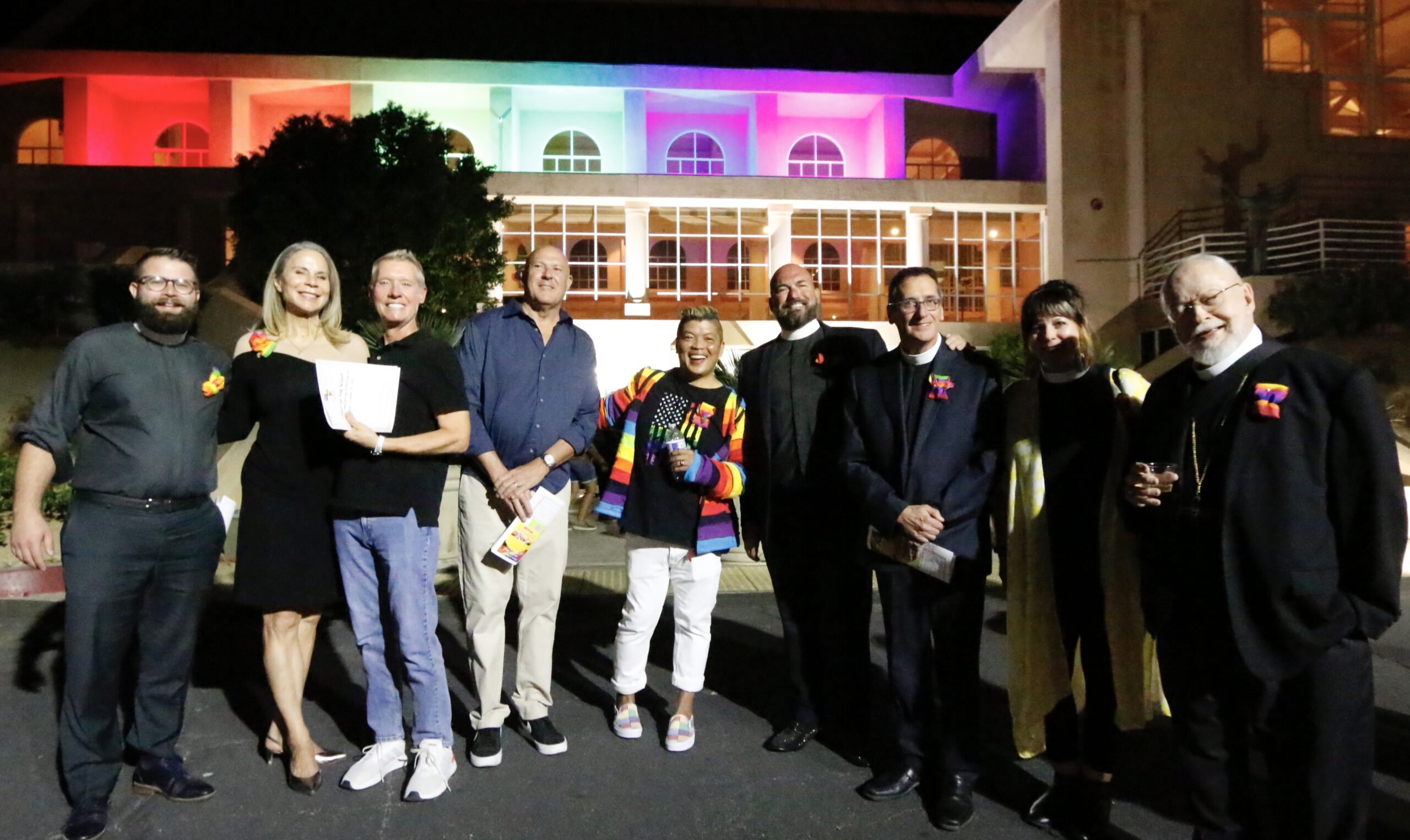 The Rt. Reverend Dr. Susan Brown Snook said of the  three-church Coachella Valley Pride initiative, “As Episcopalians, we celebrate God’s love for all people, and are glad to welcome and affirm our LGBTQ+ siblings. Our diocese is delighted to support the Greater Palm Springs Pride Festival, supporting St. Margaret’s, St. Paul’s, and St. John’s in Episcopalians Say Gay! All are welcome in the Episcopal Church!”

Cancel reply
← Previous Story:
An Archdeacon’s Reflection: Advent, a Type of Discernment
Next Story: →
The Theology of Service