by The Episcopal Diocese of San Diego
Category: #Communications 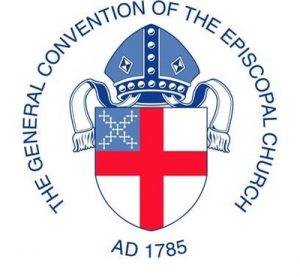 [February 25, 2013] Deacon Jenny Vervynck of the Diocese of San Diego has been named the Province 8 clergy representative on the Episcopal Church Executive Council.

The announcement was made during the opening session of the Executive Council meeting on February 25 at the Conference Center at the Maritime Institute in Linthicum Heights, MD (Diocese of Maryland).

Vervynck was appointed by the Province 8 President, Bishop James Mathes of San Diego, and the Provincial Council. Vervynck’s term beings immediately and continues until the Province 8 elects a successor, as per Canon I.4.2d.

by The Episcopal Diocese of San Diego
Category: #Communications

Cancel reply
← Previous Story:
Preacher’s gay son finds solace in Vallejo church
Next Story: →
Organizers came together in response to controversy surrounding the building of a mosque in Murfreesboro, Tenn.

Most everyone in the San Diego area knows the Marine Corps motto: “Semper Fi,” always faithful. Some know the Coast Guard motto: “Semper Paratus,” always prepared. From my experience as a deacon, I suggest that the motto for the diaconate should be: “Semper Gumbi,” always flexible. What I thought I would do as a deacon […]

Ripples: Piety, Study, and Action in 30 Minutes a Day

Though the subtitle is tongue in cheek, one of the concepts we learn in Cursillo to help maintain our spiritual life in Christ is summed up in those three words: Piety, Study, and Action. The simple activity of reading the Bible daily to another person has strengthened me in those three disciplines. It has impacted […]

The Episcopal Diocese of San Diego gathered at St. Bartholomew’s in Poway for the 49th Diocesan Convention Saturday, November 11. The joy of coming together IN-PERSON for the first time in three years was seen on every smiling face and in every conversation. During Opening Eucharist, Bishop Susan recalls the ups and downs of the […]