Do you wonder if you are depressed?

Over the past two weeks, have you:

Major depression is one of the most common mental health disorders in the United States.  It’s estimated that approx. 17.3  million adults in the United States will experience a depressive episode in their lifetime. That is approximately 7.3% of the US adult population. And since the pandemic started, we are seeing a rise in the incidence of many mental health disorders, depression included. For example, one study found that following COVID-19 infection, 31% of patients screened positive for depression.  That number does not even include the depression brought on by isolation, loneliness, and worry related to the pandemic. Although identifying and treating depression is always important, right now it is critical.

A major depressive episode is diagnosed when a person experiences five or more of the following symptoms nearly every day over a two-week period:

*Depressed mood most of the day, nearly daily

Thoughts about death, or suicidal thoughts or behaviors

Significant weight loss (5% of body weight in one month)

Insomnia (difficulty sleeping) or hypersomnia (sleeping too much)

Psychomotor agitation (movements that serve no purpose such as pacing)  or psychomotor retardation (visible slowing of physical and emotional actions, including speech)

One of the five symptoms must include one of the two symptoms marked with a star (*).

There are many other depressive disorders as well, including persistent depressive disorder (> 2 years of depressed symptoms), premenstrual dysphoric disorder (depression that occurs in the week prior to the onset of menses), and disruptive mood dysregulation disorder (diagnosed in children ages 6-18 and marked by severe recurrent temper tantrums). There is also a type of depression that is part of bipolar disorder. Each type of depression has its own criteria as well as effective treatments.

The second category is depression caused by substance use. Alcohol use can cause depression, as can opioids, sedatives, cocaine, and amphetamines. Benzodiazepines and sleeping pills are on the list as well.

The third category of secondary causes includes commonly prescribed medications that can cause depression. This list is very long, but common offenders include steroids, ACE inhibitors, beta-blockers, and interferon. The antibiotics ciprofloxacin and metronidazole are also on the list, as are baclofen and estrogen.

Because the types and causes of depression are so varied, it is absolutely critical that you see a physician if you are experiencing the symptoms of depression listed above. Your primary care provider is a good starting place. You should have a full physical exam, lab work, honest discussion about substance use and review all of your current medications. There may well be a secondary cause for your depression that can be addressed. And if it is major depression, there are many treatment options available.

No one needs to suffer alone and hopeless in the darkness. There is help readily available. 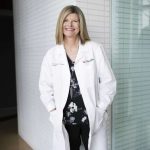 The Rev. Suzanne Watson, M.D.  came to medicine as a second career after 10+ years of ordained ministry in the Episcopal Church where she served in congregations in California, New Zealand, and Connecticut, as well as on the staff of the Presiding Bishop in New York. She was also a candidate for Bishop of Alaska.

She attended medical school in her 20s, but left to devote time to raising her family. However, her dream of practicing medicine never died, and at the age of 50 she embarked on this vocational change. Part of her motivation was the loss of her physician husband to suicide. She is strongly committed to mental health advocacy, the reduction of stigma, and suicide prevention

She is currently in her last year of residency in  Psychiatry at the University of Nevada, Reno. She is returning to San Diego this Summer and will be working at the VA hospital in La Jolla.

Cancel reply
← Previous Story:
Strive for Justice and Peace Among All People
Next Story: →
If you have found yourself drinking more during the pandemic

I have always known myself to be an encourager, helping people recognize the hope and love of God in their lives, as He had shown me. During seminary and later in a hospital residency Clinical Pastoral Education clarified that call for me. I discovered I was at ease talking to new people, offering prayer and […]

The Joy of Diocesan Youth Ministry

On Sunday, September 18, 2022, 52 young people from 7 congregations gathered for an afternoon of fun and games celebrating the kick-off of the youth ministry program year. The article below was written by Nicholas Alcorn, a member of the EDSD Youth Leadership Council and of St. Dunstan’s Episcopal Church.The Youth Group Games was a […]