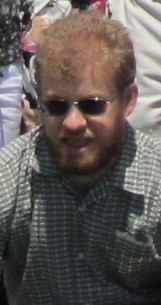 I am the rector of St. John’s Episcopal Church in Chula Vista, California, that also has an elementary school. At a recent Chapel service, we had a guest speaker named Scott, who is the son of our 7th grade religion teacher, Mr. Morelli.

School is not easy for Scott. It takes him longer to learn things than other students; he has a speech disorder and his gross motor skills are below average due to a genetic abnormality. But the real difficulty for Scott lay in the way other kids treated him and that was the story that he told our students.

As a priest, educator and leader at St. John’s, I wondered, and frankly worried, about how his message would be received. Would they even listen? Would it make a difference?

Scott said, “Being bullied hurts: being laughed at, being the butt of their jokes, being made fun of, having no one to talk to. I didn’t have any friends or anyone to talk to on the bus. I was completely alone. In junior high I was picked on by a few guys. Instead of talking to someone about how I felt or getting an adult involved, I just kept my feelings and resentment bottled up inside.”

He continued, “I wish I would have handled the situation differently, either by getting an adult involved or talking to an adult. Thank you for listening today. Does anyone have any questions?”

“I’m going to leave you with some advice. If you have been bullied, I recommend that you get an adult involved or find someone else to talk to. If you are a bully, treat others the way you would want them to treat you and try to put yourself in the other person’s shoes.”

He stepped down from the pulpit and, after a moment, the church erupted in applause with the entire middle school standing on its feet.

Scott repeated the same message for our pre-Kindergarten through second grade Chapel service. I was worried because the attention span of the younger kids is short, and they don’t always have the best behavior.

I worried for nothing. It was Scott and the Holy Spirit at work. He got up and delivered the same message. Our students were the quietest and most respectful I have ever seen them. After he spoke I asked the children what Scott said. They told me, nearly word-for-word.

Scott has special abilities. An expert rhetorician could not hold the attention of the students as well as Scott did. He passed along to us what it’s like to live in a world different from ours, yet brought home a shared experience — being bullied and being alone. And his message was simple: talk to someone. Don’t keep it inside. Treat others the way you want to be treated.

At Chapel, the passing of the peace is kept short to prevent things from getting out of hand. When the music ended, which is the signal for everyone to sit down, there was a large number of students still in the main aisle. I was annoyed until I realized what I was witnessing. There was a line of students, mostly boys, from fifth to seventh grade, swarming up the aisle waiting to shake Scott’s hand. They wanted to pass him the Peace; they wanted to meet him; they wanted to say thank you; they wanted to meet their new hero.

May you have the courage, with your own special abilities, to share the message you have, to pass along God’s grace, and to give your peace.

Cancel reply
← Previous Story:
We Three Kings
Next Story: →
Tensions over the place of religion in America play out in presidential inaugural