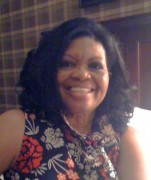 My husband, the Rev. DeLaney W. Armstead, deacon and now retired, was the Episcopal Relief & Development representative for Christ Church, Las Vegas. There I assisted him in promoting the work of Episcopal Relief & Development. I was a member of the national standing committee on world mission at that time, and while assisting him, I realized that one vision was not too far removed from the other.

Traveling to third-world countries as a member of world mission helped to visualize my personal efforts in supporting our Christian mandate to feed the hungry, care for the sick, and welcome the stranger. There are many other factors that drew me to Episcopal Relief & Development. One in particular is working closely with the Most Rev. Katharine Jefferts Schori, then bishop of Nevada. I served as secretary to convention for six years in the Diocese of Nevada.

My first year of work in the Diocese of San Diego will be as follows:

After one month I will follow up with clergy members who have not yet responded, as it is our desire and expectation that all congregations in our diocese will participate.

Once the representatives are appointed, I will maintain ongoing dialogue with them. I will encourage them to visit the Episcopal Relief & Development website monthly to familiarize themselves with the ongoing work they do throughout the country and the world.

My main responsibilities in this role are: promoting, recruiting, ministry, communicating, creativity and traveling.

Promoting – As the diocesan coordinator, my ministry is to educate and encourage – a creative ministry. I have the opportunity to encourage members of the diocese to contribute to Episcopal Relief & Development become a part of a network of caring individuals who make a difference in this hurting world.

Ministry – I must be fully informed about Episcopal Relief & Development and its work, submit a quarterly activity report, ensure that Episcopalians in the diocese are aware of Episcopal Relief & Development work, visit as many congregations in the course of a year as possible, thank supporters in the diocese, participate in diocesan convention and be creative in accomplish all of this.

Communicating – I will make information available to congregations about how Episcopal Relief & Development can be an asset to them. This is best accomplished through a workflow that includes the Episcopal Church, me, clergy members, congregational representatives and congregations.

Creativity – I must draw upon all my creativity to think of ways to share the Episcopal Relief & Development message.

Traveling – Another important responsibility of the diocesan coordinator is to attend General Convention wherever it is held. I served as a deputy for four consecutive trienniums, and I served on dispatch of business for three of those years. I traveled to the Philippines from 2001 to 2005 and was part of a work group that assisted the Episcopal Church there in gaining financial autonomy. I plan to use my out-of-the country experience and my Episcopal Relief & Development knowledge to be a speaker at General Convention, using the Diocese of San Diego as an Episcopal Relief & Development role model.

While engaging in mission work for a nonprofit in Machakos, Kenya, I met Monica, a student in the Muindi Mbingu Secondary School. She heard that American missionaries were coming to their remote village to provide a limited number of students with scholarships. The recipients had to commit to living and teaching needed courses in Kenya for five years after graduating from a college in Africa.

Monica walked alone 20 miles from her village to find the Americans. She found the location, but all twelve scholarships had been awarded to other qualified students. The look of horror in her eyes when she knew she was not receiving the scholarship moved me to tears. Later I discovered that without the scholarship money, she was to be sold to an elder for a cow. I offered to pay her tuition, while still paying tuition for my two daughters, and she accepted.

On the flight home, I was concerned as to how I would pay three college tuitions, but as I slept, I felt the presence of God and I knew I could do it. I am proud to say that in 2010 Monica graduated with honors and is now teaching and training children and adults in Kenya. Her major accomplishments include training the male elders in Nairobi that they do not have to sell their very young daughters for cows, a precious commodity in Kenya. Making eye contact with Monica was truly a God thing.

In my work and volunteer work, a few glass ceilings were broken. In the Diocese of California, a diocese more than 150 years old, I was the first African-American female to hold the position of president of the standing committee. I was the first African-American to be elected as General Convention deputy for the Diocese of Nevada. At Christ Church, Las Vegas I was the clerk of the vestry for 10 consecutive years. I was the founder and president of the Nevada chapter of the Union of Black Episcopalians (UBE), a confederation of more than 54 chapters and interest groups throughout the continental US and the Caribbean. We recruited the Most Rev. Katharine Jefferts Schori to be a member during her episcopate in Nevada. The Most Rev. Michael Curry, presiding bishop, is also a member of UBE. I was also the board president for St. Augustine’s Child Care Center.

Every aspect of my career will assist me in building a strong Episcopal Relief & Development organization in the Diocese of San Diego. My 44 years working in corporate American taught me more than my formal education at Rutgers University in New Jersey and Pursue University in Indiana. My husband, the Rev. DeLaney W. Armstead, is a retired deacon. I have two daughters: Dr. Wendy E. Roberts and Beverly Roberts Charles, JD. We became members of St. Margaret’s, Palm Desert after moving from Henderson, Nevada in January 2015. Prior to moving to Rancho Mirage, we were members of Christ Church, Las Vegas, the oldest and largest Episcopal church in Nevada. When visiting Las Vegas, I encourage everyone to go to the cathedral-like church and hear the music coming from the only Shantz organ in Nevada.

Cancel reply
← Previous Story:
Standing on the Side of Love
Next Story: →
Obituary of Captain Creighton David Lilly USN (Ret.)