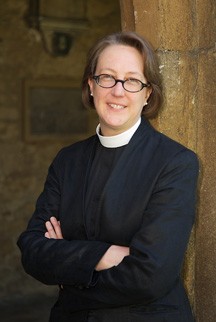 The purpose of the Desert Convocation: Building a Community of Conversation is to provide the people of St. Paul’s and the surrounding area with guest teachers, thinkers, preachers, artists and musicians who can inspire us as we build our faith and our community. Three speakers remain in the 2012-2013 series which takes place at St. Paul in-the-Desert, Palm Springs.

The Right Rev. V. Gene Robinson will be in residence at the church for two weeks, from Jan. 6 – 20, his first activity since retiring as Ninth Bishop of New Hampshire, a post he has held since 2003. He’ll preside and preach at regular weekend service and we will host “An Evening with Bishop Gene Robinson on Thursday, Jan. 17 at 7 p.m. There will be a book signing for his just published, God Believes In Love.  The recent documentary film made about his life, Love Free or Die, will be screened on Saturday, Jan. 19, at 9:30 a.m., further information about acquiring tickets will follow. All worship and these events are open to the public.

Bishop Robinson is well known as the first openly gay bishop in the Episcopal Church, whose election had repercussions in the worldwide Anglican communion and in religious communities beyond. His stop here will focus on his new role in retirement: to found a center for nonviolent communication at his new parish home, St. Thomas’, Dupont Circle, Washington, D.C.  He will also be a senior fellow at the Center for American Progress, a progressive Washington think tank.

Of Robinson’s residency, the Rev. Andrew Green, rector of St. Paul’s, said “We want to move beyond ‘the gay issue’ to be a leader in an inclusive Christian community.” One purpose of the convocation is “to engage people we want to be in conversation with, that will, in turn, help us to have a conversation with our community,” said Green. Media Contacts for Bishop Robinson can be made through Paula Bibber at at 603-224-1914 between now and Monday, Jan. 5 or grinnh@aol.com.

Following Robinson is educator, composer, conductor and arranger Alice Parker, whose more than 50 years in choral music has influenced large numbers of choral conductors and singers, and whose collaboration with the late Robert Shaw, music director of The Atlanta Symphony and founder of the Robert Shaw Chorale, produced dozens of arrangements of hymns, folk songs and spirituals.

On Saturday, Feb. 23, she will lead an all-day workshop for singers and conductors; on Sunday, Feb. 24, she will preach at St. Paul’s morning services. Later that afternoon she will give a short talk and answer questions about her lifelong career in choral music. Reservations and a $20 fee are required for the all-day workshop. All other events are free.

Last in the series is the Very Rev. Dr. Jane Shaw, eighth dean of Grace Episcopal Cathedral, San Francisco, chief administrator and overseer of the cathedral’s spiritual life. The former professor at Oxford University will be in residence at St. Paul’s for the week of February 28 – March 8. She will preach at morning services on Sunday, March 3, and give a presentation later in the week.

Educated in both England and the U.S., she is a fellow of the Society of St. John the Evangelist, an Anglican monastic community in Cambridge, Massachusetts. She is also the author of three books: Miracles in Enlightenment England; Octavia, Daughter of God: The Story of a Female Messiah, winner of the San Francisco Book Festival History Prize; and Practical Christianity.

The Convocation began December 1-3 with religious scholar Diana Butler Bass, author of eight books on Christianity. Her best seller is Christianity for the Rest of Us.