I loved my first meeting as a member of Executive Council for the Episcopal Church. There’s a lot of work to be done. I now have a whole room-full of new friends, and a dramatically increased work list! 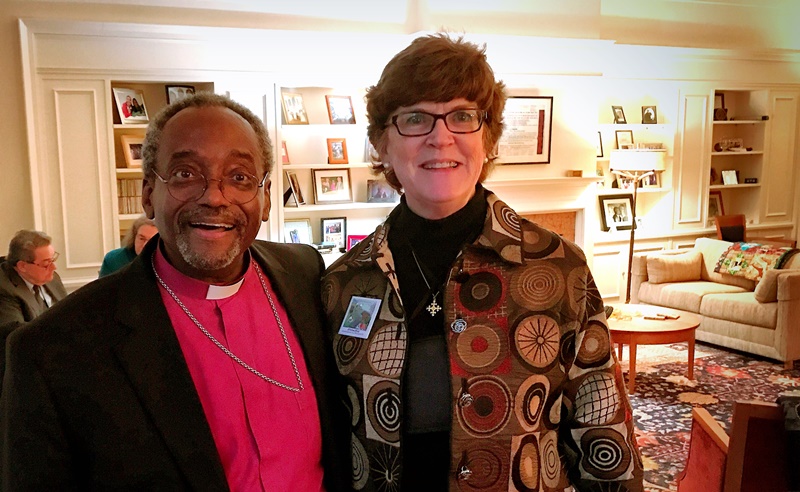 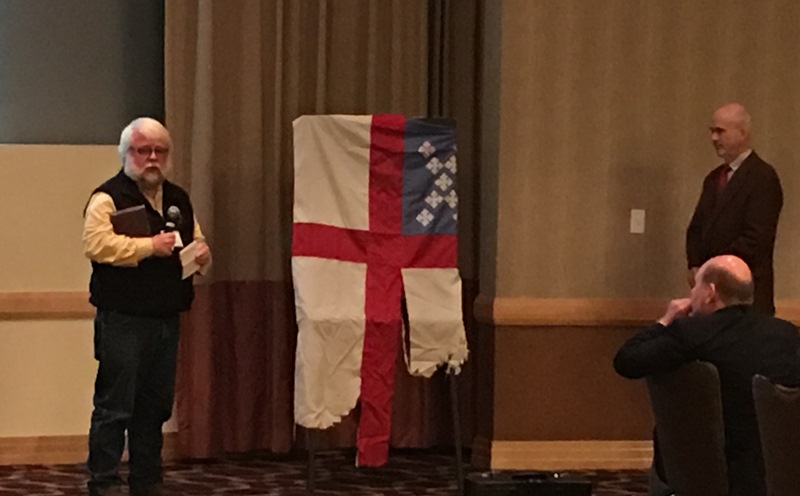 The Rev. John Floberg presents the Episcopal Church Archives with an Episcopal flag that flew at Standing Rock where there is a proposed pipeline that would disturb the sacred burial grounds of Native Americans.

The Episcopal flag that flew at Standing Rock was important because it represents solidarity with Native Americans who are protesting the construction of a pipeline that would disturb sacred burial grounds and their water supply. A number of flags from many countries and organizations have flown at Standing Rock to show support. The wind is significant there, hence the tattered flag. It was present at all our meetings, and at the Eucharist at Christ Church where it was incorporated into the sermon, and draped it on the altar.  The Rev. John Floberg finally presented to the Episcopal Church Archives for posterity.

And when the PB preached at historic Christ Church, he raised the roof, in spite of still getting over a cold!

In the absence of Diane Butler (member from Albuquerque), the chair of Governance and Administration for Mission, Dr. Fredrica Thompsett, asked me to serve as Secretary Pro-Tem of that Committee, which I did.

We had a presentation on digital evangelism, which was fabulous.

We spent half a day at 815 (The Episcopal Church Center in New York City). We spent a lot of time with staff and got a full tour of the building. The day ended with a reception in the PB’s residence – very cool. From his balcony you see the United Nations building looking one way, and the Chrysler Building looking the other! Awesome.

There’s a new Episcopal Church website coming – should be up before our diocesan convention – keep checking.

Call me a church geek, but I was jazzed!