The Episcopal Church welcomes queer people! Over 80 Episcopalians in the Diocese of San Diego marched in the Pride Parade on Saturday, July 13. 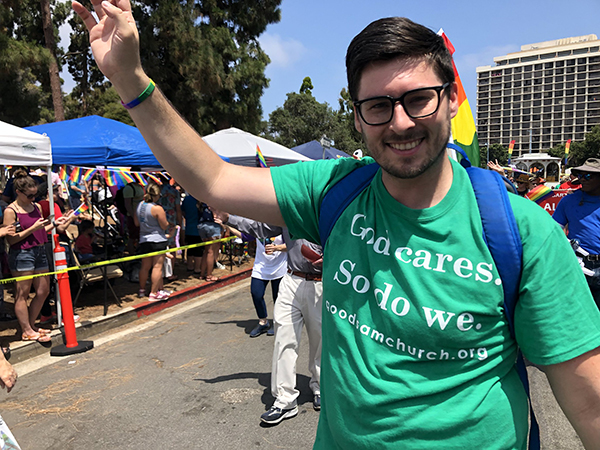 In 1976, the General Convention of The Episcopal Church declared that “homosexual persons are children of God who have a full and equal claim with all other persons upon the love, acceptance, and pastoral concern and care of the Church” (1976-A069). Since then, faithful Episcopalians have been working toward a greater understanding and radical inclusion of all of God’s children. 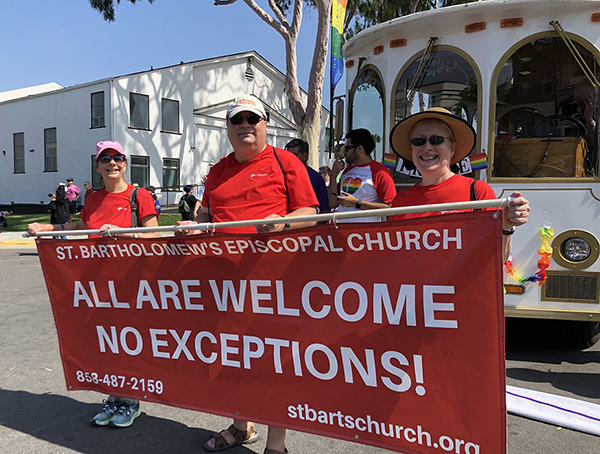 Along the way, The Episcopal Church has continued its work toward full inclusion of lesbian, gay, bisexual, and transgender (LGBT) Episcopalians.

To our lesbian, gay, bisexual, and transgender brothers, sisters and siblings: “The Episcopal Church welcomes you!” 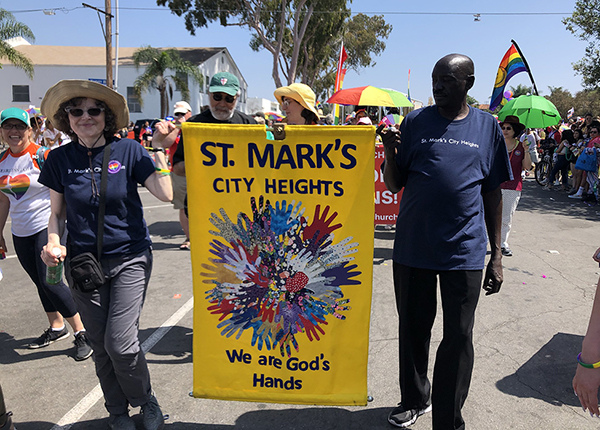 The Rev. Susan Russell, Episcopal priest and queer activist, marched in the parade and gave the sermon at St. Paul’s Cathedral on Sunday, July 14. Her prophetic voice brings comfort and healing to many who have been abused by the Church.

The following video is from 2016 but it gives a good sense of what marching in the Pride parade is like in the Diocese of San Diego: