People from around the Episcopal Diocese of San Diego gathered for EDSD Cleans Up and to celebrate the gift of creation by collecting litter and enjoying the company of new friends.

“The breeze blew off the lake, the air around 70, the chaparral blooms, in a subtle way, reminded me that it’s spring in San Diego, and… I lost my buddy until he announces, ‘Got it’ as he holds aloft another glass bottle from behind a shrub,” said Greg Tuttle, a member of St. Dunstan’s Episcopal Church in San Diego. 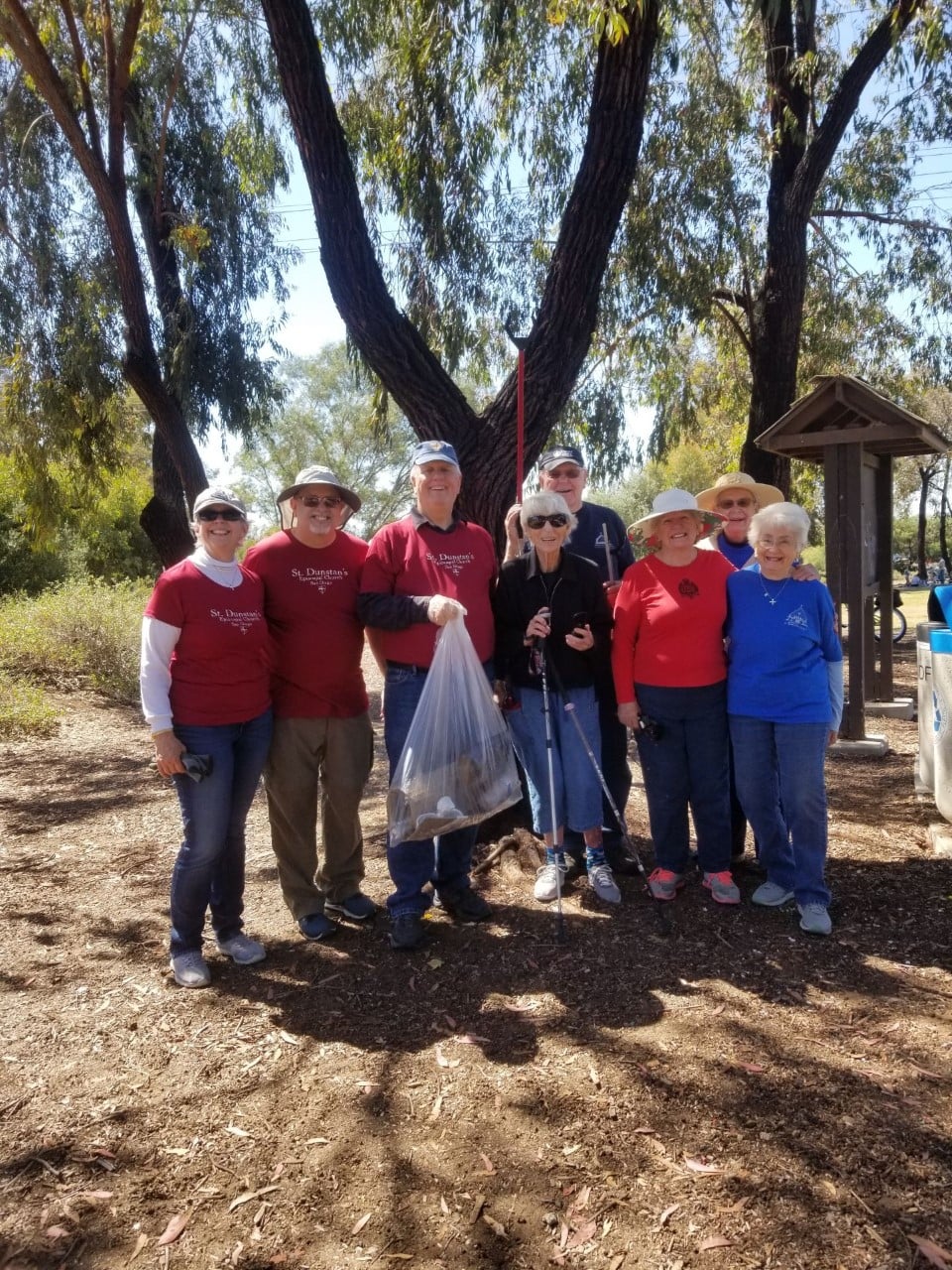 St. Dunstan’s and Patrick Henry High School partnered to gather nearly 70 neighbors at Lake Murray to join the 20th Annual Creek to Bay Clean-Up sponsored by I Love a Clean San Diego.  Those Patriots and the Dunstanites quickly become ‘us’ as they dove into patch after patch of foliage.

Tuttle said, “As I traveled deeper and deeper into the shrubs with a friend, passing others in our group, we found each other humming the same song. We laughed about it as we stuck to our task, waving to others, and humming They Will Know We Are Christians by Our Love–filling our bags full.”

Charlette Preslar,  EDSD Youth Missioner said, “After a rich morning at church learning about pollinator gardens and native plants, Christ Church parishioners took to the streets to clean up the neighborhood that surrounds the church. It was joyful and good work to restore the beauty of the community, and we are already planning on continuing this effort in the months ahead!”