The Episcopal Diocese of San Diego is excited to announce a newly forged partnership between RefugeeNet and St. Luke’s in North Park, which will reduce expenses and enhance services offered to refugees–improving tutoring, job development activities, and lowering the cost of housing for refugees throughout San Diego.

RefugeeNet has always held deep ties to St. Luke’s and the Episcopal Diocese of San Diego. This new partnership provides even greater opportunities for both organizations to grow in their joint mission of service to the refugee population of San Diego.

The new relationship between the two organizations is expressed most significantly in the organization’s governance through the addition of three St. Luke’s members to the RefugeeNet board. Now, some 20 years after St. Luke’s parishioners began a ministry to Sudanese refugees arriving in our neighborhood, RefugeeNet is “coming home” to St. Luke’s.

In 2000, St. Luke’s Episcopal Church in North Park began the heart-filled ministry of supporting newly arriving Sudanese refugees. The people of St. Luke’s insisted on helping their brothers and sisters fleeing war or persecution. Ninety-eight refugees fleeing violence in South Sudan, often referred to as The Lost Boys, were welcomed to San Diego.

The San Diego Union Tribune vividly described the refugees’ struggle in a 2001 report, “One night, after the blazing sun settled behind the fields and the villages became still with sleep, the troops invaded Santino’s town. Gunfire jolted families from bed. Parents and children spilled from their mud huts, running in opposite directions under the charcoal sky. A swift and limber boy who tended his family’s herds, Santino – and hundreds of boys like him – ran until the gunshots faded to faint clicks. As the boys ran, the soldiers killed their fathers. As they ran, the soldiers captured their sisters and mothers, and burned their villages.”

The members of St. Luke’s recognized the immediate call to ministry–welcoming some of these wide-eyed, war-torn people of God into their new, loving community. Many of these refugees fought for their lives to reach a refugee camp and then waited years for approval to come to San Diego; they faced even further challenges when they arrived, and St. Luke’s was there to help. In the years that followed, this ministry grew into an independent nonprofit refugee services organization named RefugeeNet.

Since its formation, RefugeeNet has expanded its services to help refugees from all over the world, including Congo, Burma, Darfur, and more. Today, RefugeeNet continues St. Luke’s work of helping refugees with learning a new language, adapting to a new culture, tutoring refugee children, food and housing assistance, and more.

Now, after years of independent work, St. Luke’s welcomes RefugeeNet back ‘home’ in a newly formed partnership designed to offer even more to the refugee communities throughout San Diego.

The work and passion of Jake Young, newly retired board president of RefugeeNet, formed the care and love that RefugeeNet offers in its programs. St. Luke’s and RefugeeNet plan to

celebrate the tireless work of Jake Young. “His dedication to the cause is deeply, deeply appreciated.”

Katherine Born will now serve as the Interim Executive Director of RefugeeNet. 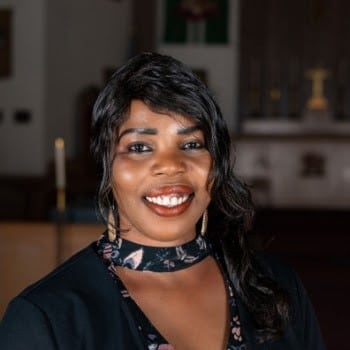 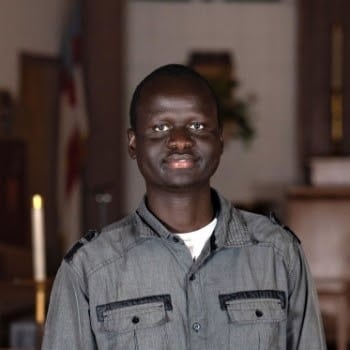 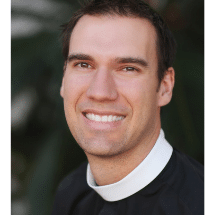 What exactly does this mean?  Is this a merger?

RefugeeNet is an independent 501(c)(3) nonprofit affiliated with the Episcopal Diocese of San Diego.  St. Luke’s is an Episcopal church mission of that same diocese.  Both organizations will continue to operate independently from one another (i.e., we will have different boards, separate budgets, and separate staff).  The new relationship between the two organizations is expressed most significantly in the governance of the organization through the addition of three St. Luke’s members to the RefugeeNet board.

After the retirement of longtime Executive Director, Jake Young, RefugeeNet’s board members were looking for additional support. All the while, St. Luke’s has been following RefugeeNet’s work like a proud parent, and St. Luke’s is happy to help however best it could and were most needed. Now feels like the right time to give some extra support to RefugeeNet’s critical work in the community. St. Luke’s is also excited about the possibility of running a refugee-led catering social enterprise through RefugeeNet at some point in the future.

If I’m already a donor to St. Luke’s and RefugeeNet, should I just make one gift in the future?

We’re glad you asked! Both organizations are very grateful for your support and both need your continued support as much as ever. St. Luke’s and RefugeeNet will continue operating separately. The bookkeeper for both our organizations, Michael Mawien, is a former refugee and has an MBA. St. Luke’s controller, Erin Sacco Pineda, is a CPA and serves in a similar capacity for several churches in the diocese. Donations to St. Luke’s can be made here. Donations to RefugeeNet can be made here.

Who is the new Interim Executive Director? Who are RefugeNet’s new board members?

Katherine Bom has served as a case manager at RefugeeNet for many years. A former refugee from Sudan, she speaks Arabic, Dinka, and Nuer, and is well-trusted within several San Diego refugee communities and the several churches that our support our work. Joseph Jok arrived in this country from Sudan almost 22 years ago and served as a case manager and resettlement program supervisor at the International Rescue Committee for 17 years. He is now a court interpreter and serves as the vice president of the diocesan Executive Council. He is a veterinarian by training and holds a Master of Arts in International Relations. Nicodemus Lim was a Lost Boy who was resettled here twenty years ago from Sudan. He holds a Masters in Public Administration and works as a database analyst for the City of San Diego. Colin Mathewson has served as the co-pastor of St. Luke’s for the past four years.