Christ Church, Coronado’s youth group hosted an intergenerational event that was a big hit with the parishioners who attended and the youth who were the organizers.  It was called Cell Phone 101.  Youth group members were paired with parishioners interested in learning more about technology. The youth showed adults the intricacies of their cell phones, iPads or computers. Their efforts were appreciated by all, especially, for example, by grandparents who now have Facebook pages and Instagram accounts allowing them to better communicate with their grandchildren on the other side of the country thanks to the Christ Church youth who helped them learn more about technology. For more information on hosting this kind of event, please contact Charlette Presler at DRE@christchurchcoronado.org. 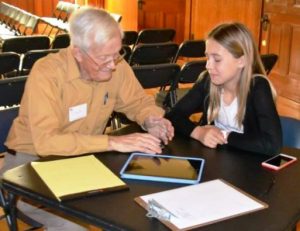 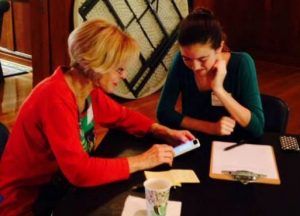 Cancel reply
← Previous Story:
Mission Share Pledges: What Do They Do?
Next Story: →
Up Close and Personal with Monica Mainwaring