Paul Found: In His Letters 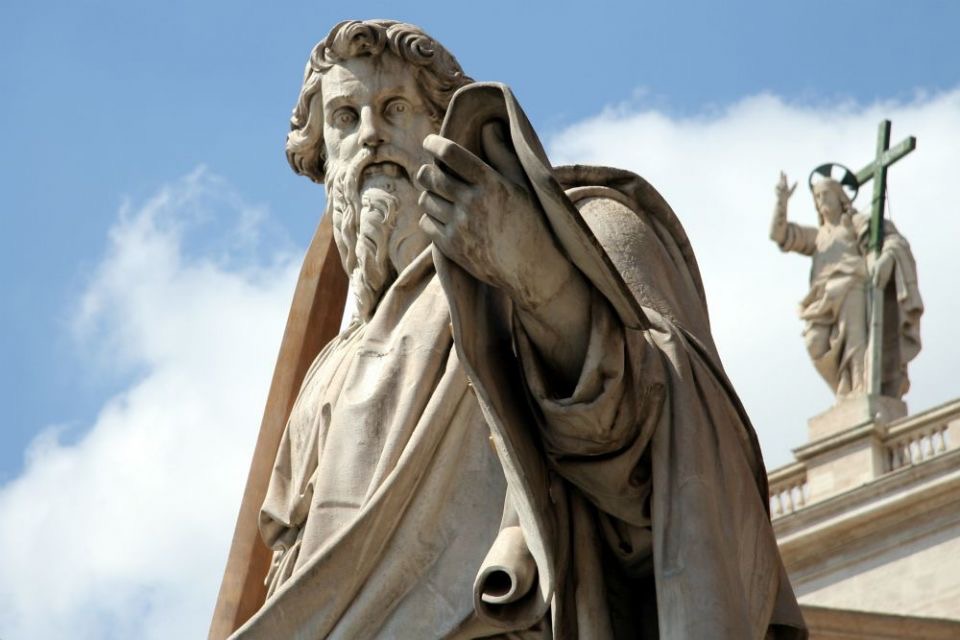 The basic message of this seminar is to let Paul tell us his story in his own words from the seven letters most scholars agree were from his hand. It is a story of downward mobility, courage, humility (Yes humility), by a first-century man who was politically subversive, very Jewish, quite poor, hard-working, multi-lingual, scarred, and someone judged, for good reason, as an unmanly man. What matters to this picture of Paul is placing him in the first-century, knowing from his own words that he could never be at home in that world once he met Christ. He never thought that world would last!  We will be seriously challenged by the Paul who urged others to “imitate him” because the consequences of doing so would upend the world in which many of us live. That was Paul’s story. We can only find this Paul though a serious and honest critique of Acts and the Pastorals Epistles, which were essentially re-writing the history of Paul for their time—decades after Paul. This is St. Paul with his warts and emotions and with his courage to follow Jesus into an amazing mission field. He took the side of the nobodies of this world and had a passion for justice that was at the heart of his vision for all who would know Jesus as Messiah.

“As a pastor I know how many people struggle to understand the letters of Paul. Those long troubled by Paul—and they are many—will find in this book a challenge to the most egregious false assumptions and interpretations of Paul.  This is a St. Paul most people thought they would never meet.” – The Rev. George Martin, PhD

Paul Found is not the Paul of Acts. The real Paul did not magically emerge from prisons or perform miracles known to amaze others. He wasn’t constantly harassed by Jews out to see him arrested. Images of Paul holding his own against Roman authorities in Acts do not match up with his letters from prison. Paul Found reveals the story behind his adopted name which means “small.”  He was not immune to tribulations, disappointments, or troubles that would easily lead ordinary souls to despair of life. This Paul rejoiced in his sufferings, allied himself with the one crucified, and discovered his friends in “low places.” His story of faith is one of downward mobility sculpted from the faith of Christ crucified. We find this Paul only by focusing on the seven letters most scholars agree came from him. Except for a few notable 2nd century documents, most commonly, Paul’s story has been told through the lens of Acts and the Pastoral epistles. He would not have recognized himself in those accounts. We need to set the record straight! Paul Found argues that all of Paul’s references to his story in his letters are fundamental to theological and ethical principles essential to the story of all who would follow Christ. What would it mean if following Christ also meant to follow Paul? This is where the real challenge comes!

This book extends the insights of George Lyons in his book titled Pauline Autobiography: Toward a New Understanding. His focus was restricted to Galatians and 1 Thessalonians. Using all seven of his letters we discover a Paul who aligned himself with the “nobodies” of his world—and ours! This fully Jewish Paul worked side by side with women in ministry, and lived with a vision of unity among all peoples. What mattered was unity—not uniformity! Standing on the edge of history with change just around the corner, this is the subversive apostle who offered an ethic for living with expectant hope. What ultimately mattered for Paul was God’s justice embracing the most vulnerable and least respected. He would die for this faith!

The Rev. George Martin is a retired Episcopal priest ordained for 52 years. He served churches in Ohio, Nebraska, and Minnesota, before the last 16 years of his ministry as interim rector in seven churches, and finally as an interim senior pastor in a Lutheran congregation. His first call to be a rector of parish brought him to St. Luke’s in Minneapolis where he also started the Episcopal Ad Project as a way to attract seekers to the church. That effort was expanded into a parachurch ministry called the Church Ad Project which offered award-winning ads for all kinds of churches to use in their evangelism efforts. His work in the field of evangelism led him to become a church planter starting in 1986 in a suburb of the Twin Cities. After fourteen years in which that church became one of the larger churches in the diocese, he felt called to interim ministry with his retirement on the horizon. Interim work continued long into his retirement, bringing him twice to the Diocese of San Diego. He was at St. Bartholomew’s in Poway (2004-2005), and at St. Margaret’s in Palm Desert (2009 to 2010). While at St. Margaret’s he began his research into Paul, not knowing that it would lead to his current writing project. His work on Paul led him to join the Society of Biblical Literature which is having its annual meeting this year in San Diego. As a friend of the new bishop of this diocese he offered to lead this seminar because he is looking for chances to dialogue with others who, like him, may not have always liked or understood St. Paul. He and his wife Caroline have four children and 10 grandchildren.

Click the button below to register for this event.