A Deep Engagement with the Prophetic Books and the Miscellaneous Writings in the Hebrew Scriptures
The Mission of the Biblical Literature Classes at SFM is to Nurture Students towards a Nuanced, Critical Interpretation and Understanding of the Texts of the Scriptures. This class is the second part of a two-part course that forms an introductory survey of the many writings compiled into the Hebrew Bible. The literature found in the Hebrew Bible was composed and edited over the course of more than a millennium before the birth of Jesus. Students will be exposed to the literary genres, forms and motifs that comprise these writings. The texts will be placed in the historical, cultural, sociological and religious world of their audience. Students will learn a variety of techniques, which are helpful in the analysis of Biblical texts: these include analysis of form and structure, as well as genre, historical and redaction criticism. Students will be encouraged to put knowledge to use as they apply Biblical interpretation to theological construction and pastoral practice.

Welcome to Hebrew Bible 2! This class continues to explore the discipline of academic Biblical Studies, building on the material covered in Hebrew Bible 1 – specifically, the literature of the Prophets and the Miscellaneous texts in the Hebrew Scriptures referred to as the “Writings.” 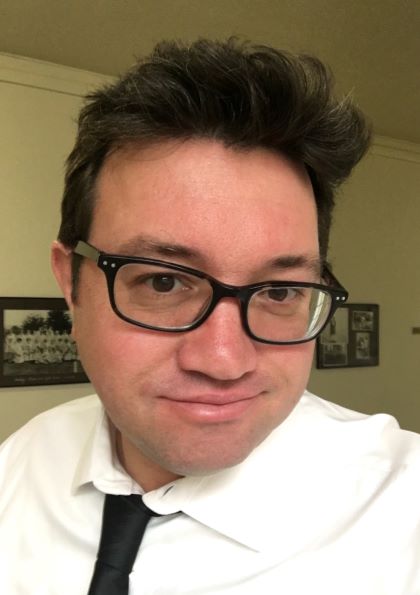 “Old Testament” or “Hebrew Bible”?
The preferred terminology today – even in Christian Biblical Studies – is “Hebrew Bible” or “Hebrew Scriptures” rather than “Old Testament.” These are the sacred texts of Judaism, however important they might be to Christians – primarily because they were the sacred scriptures of Jesus of Nazareth, a Jew. Referring to these texts as the “Old” Testament might suggest to Jews that they are out-dated compared to the “New” Christian Testament, or have been superseded. Also, as we will see, the language of “Old” and “New” Testaments imposes a “Christocentric” interpretive framework on the Hebrew Bible that is liable to corrupt or distort the original meaning of the texts. [In Judaism, the preferred term of art for their sacred writings is Tanakh – an acrostic made up from the three first letters of the three principal sections of the Hebrew Bible: (1) The Torah (the “Teachings”); (2) the Nevi’im (the “Prophets”, which includes History Books); and (3) the Ketuvim (the Miscellaneous “Writings”) – hence, TaNaKh”.]

The Mission of the Class is to Nurture Students towards a Nuanced, Critical Interpretation and Understanding of the Texts of the Hebrew Bible. The Bible is the most widely read and influential set of texts in human history, and is really a library of many books that chronicle the stories about God’s revelation in two volumes:

This class is the second part of a two-part course that forms an introductory survey of the many writings compiled into the Hebrew Bible. [Hebrew Bible 1 included some introductory classes on Hermeneutics (the Science of Biblical Interpretation) and the Historical and Theological Background to the study of the Hebrew Scriptures, as well as detailed analysis of the Torah and the Deuteronomist History (Joshua, Judges, I & II Samuel, and I & II Kings).] The literature found in the Hebrew Bible was composed and edited over the course of more than a millennium. Students will be exposed to the literary genres, forms and motifs that comprise these writings. The texts will be placed in the historical, cultural, sociological and religious milieu of their audience. Students will learn a variety of techniques, which are helpful in the analysis of Biblical texts: these include analysis of form and structure, as well as genre, historical and redaction criticism. Students will be encouraged to put knowledge to use as they apply Biblical interpretation to theological construction and pastoral practice.

Students who have completed the Hebrew Bible classes will hopefully be able to:

“B.C.” or “B.C.E.”?
When did “B.C.” and “A.D.” change to “B.C.E.” (Before the Common Era) and “C.E.”
Common Era), and why? Is this more unnecessary political correctness from the Academy? As with “Old Testament” and “New Testament,” the method of dating history according to the epochs of “Before Christ (B.C.)” and “Anno Domini” (A.D. – Latin for “In the year of our Lord”) imposes a Christocentric standard of time on historical eras…which was convenient for a period when Christianity was the religion of the dominant (European) colonial powers…but is more and more untenable in a diverse and multicultural world (in both the academy and among everyday folks) where the majority of the global population does not acknowledge Jesus Christ as the be all-andend-all of human history. Furthermore, the ancient monk responsible for this division of eras wasn’t that great at math, and it’s more likely than not that Jesus was born approximately 6-4 B.C.E. (just before the death of Herod the Great in 4 B.C.E.). Nevertheless, the Christian calendar – like the English language – has become the default standard of globalization ― but to mitigate the religious and cultural dominance of one particular system of measuring time, the preferred, more neutral universal terminology used today is “B.C.E.” (Before the Common Era) and “C.E.” (Common Era).

This class will be divided up into two Parts, as follows:

Part One: The Prophets

8 Weeks (September 5th, 12th, 19th, 26th, October 3rd, 10th, 17th & 24th)
Part 1 of the Class will continue with the study of the second of the tri-partite structure of the Hebrew Bible (TaNaKh) – the Nevi’im, or the “Prophets.” In Hebrew Bible 1 we studied what the Jews refer to as the “Former Prophets”, and what Christians refer to as the Deuteronomist History Books (Joshua, Judges, I & II Samuel, and I & II Kings). In Hebrew Bible 2, we will be studying what the Jews refer to as the “Latter Prophets” – namely, the three Major Prophets (Isaiah, Jeremiah, Ezekiel); and the Minor Prophets, also known as the ‘Book of the Twelve’ in Judaism (Hosea, Joel, Amos, Obadiah, Jonah, Micah, Nahum, Habakkuk, Zephaniah, Haggai, Zechariah, Malachi). The study of the Prophetic Literature is contextualized by the specific history of the Israelite monarchy after the Golden Age of David and Solomon, following the vicissitudes of the Divided Kingdoms of Israel (Ten Northern Tribes) and Judah (Two Southern Tribes), from the latter part of the 10th Century B.C.E. through the catastrophes of the Assyrian Conquest of Israel (c. 722 B.C.E.) and the Babylonian Conquest of Judah (c. 597 – 589 / 588 B.C.E.), which included the destruction of Solomon’s Temple and Jerusalem, and the Exile in Babylon. The cycle of impiety, sinfulness and penitence of the Jews before, during and after the crises of invasion and conquest by foreign pagan empires frames the specific nature of the Prophetic Literature in terms of Literary Genre and the Thematic Subject-Matter of the Prophets. As always, we will be asking ourselves the essential questions raised by “Hermeneutics” – questions of Genre (what sort of text is this?), Isegesis (what do we bring to the text?) and Exegesis (what do we take out of the text?).

4 Weeks (October 31st, November 14th & 21st, December 5th)
Part 2 of the Class will continue with the study of the third of the tri-partite structure of the Hebrew Bible (TaNaKh) – the Ketuvim, or the Miscellaneous “Writings” that complete the Hebrew Scriptures. The “Writings” contain a variety of Literary Genres within the sacred texts, composed mostly of Poetry (Psalms) and Wisdom Literature (Proverbs and Ecclesiastes). However, other Genres include Theodicy (Job) [a Profound Theological Text with Ancient Pedigree], Lamentation and Erotic Poetry, Inspirational Proto-Feminist Texts (Ruth and Esther), Apocalypse (Daniel), and a Theological Revision of Jewish History after the Exile (I & II Chronicles and Ezra-Nehemiah) .

PLEASE NOTE: There will be NO classes on Saturday 7th November (Diocesan Convention weekend) and Saturday 28th November (Thanksgiving).

Our main text for this class is the Bible, and we will be using the following translation and edition:

[The New Oxford Annotated Bible (5th Ed.) is approximately $30 new in hardback on Amazon, and contains a wealth of useful introductory essays, maps, and annotations – and will be required for all Bible Classes at SFM. (If you have a 4th Ed. From a previous class, that will be just fine.) I strongly suggest you buy the sturdier hardback version of the NRSV Bible! The Brueggemann book is $15 new on Amazon (about $8 used from Amazon Marketplace).]

Handouts and Outlines will be provided, as well as access to other Online Resources. You are expected to complete assigned Readings and Written Assignments before each class, and pay attention and take notes during class, which will form the basis for your Study for Assessments. This Course uses a “Flipped Classroom” methodology – rather than the teacher lecturing students in order to transmit content, students are expected to have absorbed primary content through weekly reading and assignments, enabling secondary reflection and analysis to take place through guided classroom discussion in a Seminar-Style Setting. The class is designed according to the “Five Pedagogical Characteristics” of the School for Ministry:

Grades for the class will be based on weekly Assignments (usually in the form of brief written reflections), occasional Projects and Presentations, Exegesis Papers, and Final Cumulative Papers. Because the class is a Seminar-Style class based on Discussion, Students will also be evaluated based on their Contributions to Class, as well as other ways in which they enrich the class through their Curiosity, Cooperation, and Citizenship. Every student is expected to attend class on time, complete assigned reading, be prepared for assessments, turn in completed work done to the best of your ability before the deadline in hard copy (not by e-mail), and show an interest in learning. If you don’t think you will be able to make a deadline for whatever reason, please contact your teacher immediately in person or by e-mail. Indeed, if there are any issues or concerns that you have that might prevent you from performing at your best in the class, please contact your teacher immediately so that we can try to figure out a solution. All Assignments and Assessments will be explained in detail both in class and through postings on the SFM class website ahead of time. Please feel free to ask for help when you do not understand class material or assignments.