Discovering our Roots
In this course we will look at the history of the Anglican church from its origin in the time of Henry V111 to the end of the 19th century. We will see how Anglicanism evolved during that time and how it made its way to America. Along the way we will be constantly reminded of how our understanding of the past can inform the present.

Anglicanism Part I: The Development of the Church of England

ASSIGNMENT: 400-500 words responding to the following: In what ways was the Church of England “reformed” during the reign of Henry VIII? In what ways was it not? Should Anglican churches be considered a Protestant church, or not? Why?

ASSIGNMENT: 400-500 words responding to the following: What are the key components of the Elizabethan Settlement? In your opinion, was the Settlement truly a settlement? Why or why not? Which is a better way of thinking about the Anglicanism that emerged from the settlement: ‘via media’ or ‘broad church’? Explain. 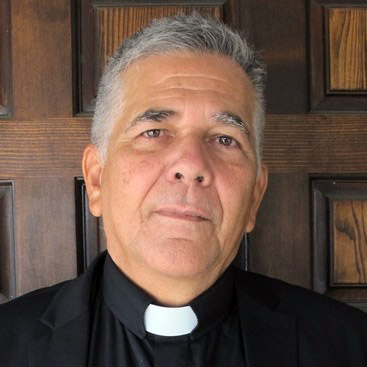 ASSIGNMENT: In about 400-500 words respond to the following: What were the main characteristics of the Enlightenment? How did the Anglican church respond? Was the Enlightenment the enemy of the Church?

ASSIGNMENT: 400-500 words responding to the following: Who were the Tractarians, and what were they trying to accomplish? In your opinion, did they succeed? Why, or why not? What do you think of Newman’s conversion to Roman Catholicism? Was it a good thing or a bad thing for Anglicanism?

ASSIGNMENT: 400-500 words responding to the following: What were the most important contributions of the Wesleys and Methodism to Anglicanism? What are some ways in which the impact of Methodism is still felt within Anglicanism? What are ways that the contemporary Episcopal Church would or would not benefit from a ‘new’ evangelical revival? Defend your answer.

ASSIGNMENT: 400-500 words responding to the following: What is the Chicago-Lambeth Quadrilateral, and what was it an attempt to address? In your opinion, does it successfully do so? Why or why not? If you were to come up with your own ‘quadrilateral’, what would it entail? Explain.

The terms ‘Anglican’ and ‘Anglicanism’. Emergence and evolution. Challenges of a satisfactory definition.

Recommended readings:
a) The Challenge of Definition: Conflict and Concord in Anglicanism by C.K. Robertson in Anglican and Episcopal History Volume 76, December 2009, Number 4 edited by The Historical Society of the Episcopal Church.
b) What is Anglicanism? by Paul Avis in The Study of Anglicanism edited by Stephen Sykes, John Booty and Jonathan Knight. SPCK/Fortress Press, 2003.

ASSIGNMENT: How would you define the essence of Anglicanism? How do your personal viewpoints coincide with or diverge from those of Paul Avis’s?

The Anglican Communion. Instruments of cohesion. The tension between local authority and cohesive directives. Present-day challenges.

Recommended Reading:
a) The Anglican Communion Covenant online.
b) Identity and Diversity pp.101-116 in The Anglican Vision by James E. Griffiss,
Cowley Publications, 2007.

ASSIGNMENT: James E. Griffis explores the living tension between identity and diversity in the Episcopal Church in the light of our belief in Christ’s true incarnation. How does his reflection impact your own position in this respect?

Non-Anglo-Saxon Anglicanism. A New Model of Communion. Shape of the Anglican Communion at present.

Recommended readings:
a) The Exigency of Times and Occasions by Ian T. Douglas in Beyond Colonial Anglicanism: The Anglican Communion in the Twenty-First Century edited by Ian T. Douglas and Kwok Pui-Lan, Church Publishing Incorporated, New York, 2001.
b) Radically Rethinking Global Mission in Toward 2015: A Church Odyssey by Richard Kew and Roger White, Cowley Publications, 1997.

ASSIGNMENT: Choose one of the Questions for Discussion on p. 127 in Towards 2015, A Church Odyssey and write between a page and half and two pages based on it.

Recommended Reading:
Key Components of a Culturally Relevant Multiethnic Church Model, a Dissertation Submitted to The Faculty of Portland Seminary in Candidacy for the Degree of Doctor of Ministry by Pablo Morales. Portland, Oregon. March 2018.
Chapter 4. Second Component: Cultivate an Identity of Inclusion. pp.82-107

ASSIGNMENT:Considering the socio-cultural context of our diocese, what steps should be taken towards a more thriving multi-cultural ministry?