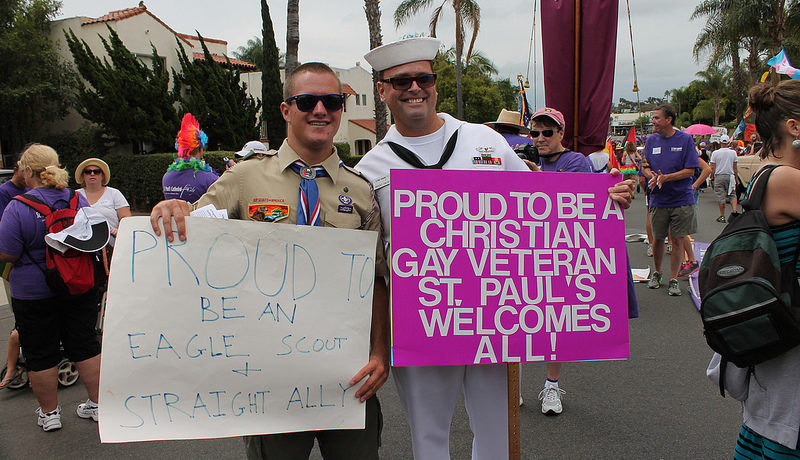 The Episcopal Diocese of San Diego serves all parts of the diocesan community and has members from a wide cross-section of society. In the area of human sexuality, the Church seeks to be an open and welcoming community, encouraging theological discussion and honest conversation while acknowledging the difficulties such conversation can cause. Within the Church there is a wide range of theological and doctrinal viewpoints. We recognize that good, faithful people hold differing opinions on these issues.

In the Diocese of San Diego, we engaged in an 18-month study on Holiness in Relationships in 2008. In 2009, the General Convention of The Episcopal Church authorized “generous pastoral response to meet the needs of members of this Church” (Resolution C056), and in 2010 the Rt. Rev. James R. Mathes authorized clergy to perform same-gender blessings. Clergy members are not required to perform blessings.

St. Paul’s Cathedral hosts one of the largest contingents in the San Diego Pride Parade, held annually in July. This is one of the most visual and important ways that we have of reaching out to the LGBTQ (lesbian, gay, bisexual, transgendered, queer) community. For more information about Pride Parade participation, contact the Rev. Jeff Martinhauk.

More information and resources can be found here on the official website of the Episcopal Church.